FIRDAY POTPOURRI: MOM SAYS YOU HAVE TO LIKE ME NO MATTER WHAT

We no longer have a legitimate pope and I look forward to that day when a true pope sits on the throne of Peter. 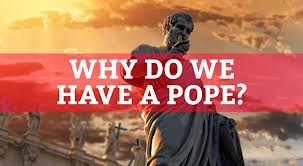 (Bet you never thought you’d read that here.)
That is not my sentiment however, but one that I come across now and then.  (As Christians we really are all over the board aren’t we?)  If fidelity were an egg thrown against a wall, I hope most of us would be on the bull’s eye, but there would be goo all over the target.
Interesting historical note:  If we have not had a true pope for a while, we never will.  Only a pope can choose the manner in which he is elected and he is elected by those he appointed as cardinals for only popes appoint cardinals.  If there is no pope, no illegitimate pope can elect cardinals and therefore there are no cardinals and no authority available to elect anybody.  Therefore, either the current pope is the pope, or the whole Catholic experiment is a failure and the gates of hell have prevailed. 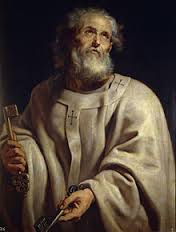 Thus do we enter into paragraph 20 of Lumen Gentium.  The mission that Jesus gave to His disciple is a mission forever because it deals with truth and truth is absolute.  (It is either true all of the time or it is not true at all.  It can’t be true on Monday but not on Tuesday.  Neither can it be true in the 11th century but not in the 22nd.)  This is why the apostles handed on their office to successors: to ensure that the mission continues.  There were many people who helped spread the Good News, but there were some “proven men” who take over governing at their death.  These are known as bishops and as we mention earlier their succession should be able to be followed from a current bishop all the way back to an Apostle and ultimately to Jesus Christ Himself.  Thusly, not only is the office of Peter handed down through the ages as a see in which the Church finds unity and leadership, so the local Church is given a bishop handed down through the ages as a source and symbol of our unity and who is given to us for leadership.
Here is an interesting thing:  The office of bishop is given to us by Divine institution to take the place of the Apostles to shepherd the Church, as such, “whoever listens to them listens to Christ and whoever despises them despises Christ and Him who sent Christ.”  Dems pretty strong words.  Does that mean that a bishop can be a jerk and says, “Ha! Ha!  You have to like me anyway!” 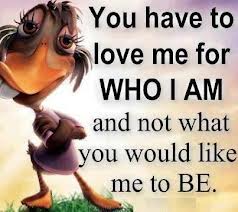 Well, we are not supposed to hate anybody.  But we are not talking about a personality contest.  This concerns itself with the passing on of truth.  If you hate the bishop because he tells you truth, then you hate the One from Whom truth comes for He is the source of all truth.  (Please remember the earlier part of the document which states we are responsible for that which we know to be true.)  Which, if you think about it, makes sense though it probably could be stated less archaically for mondern ears and therefore less open to misunderstanding and ridicule.
Posted by Fr. V at 7:57:00 AM

Curious. Does Bishop Lennon know who his apostle was?

I think we are asked to be like a Pope, We can't live our lives. Our game is over!