"THIS SAYING IS HARD. WHO CAN ACCEPT IT?" 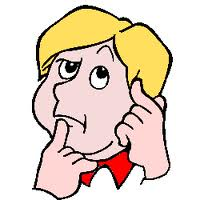 As a child I asked the question, “Would I have believed in Jesus and followed Him if I were alive when He was walking the earth?” It was a serious concern for me – my personality being one of preservation rather than innovation. Would I have thought, “Here comes a guy who is just going to ruin everything!”

One day I heard a homily in which a priest tried to tackle this question. The basic gist of his proposal was that if you believe in Jesus now, you probably would have then. That eased my young conscience at the time but I knew it was a temporary fix - I didn’t entirely buy it. 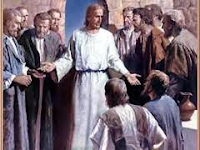 More recently this thought came to mind. It is not a sure fire answer either but might give the contemplator something on which to chew. The idea developed from reading the Bread of Life discourse in the Gospel of John. Jesus is surrounded by all of His disciples (more than just the famous twelve) and He teaches rather emphatically, in fact repeats the teaching more than any other teaching in one spot in all of the Bible, that He is the Bread of Life and that we must eat His Body and drink His Blood. “If you do not eat my Body and drink my Blood, you do not have life within you.”
As a result of this many of His disciples left Him and returned to their former way of life. It was not that they did not understand what He was teaching it was, rather, that they understood and did not like it. So they left and He let them go only to turn to Peter not to correct any misperceptions (there were none) but to ask, “Are you going to leave me too?”
So here is the question to contemplate; Do you accept His teachings now? Do you at least assent to controversial, unpopular, and countercultural teachings of His Church? Some of these topics include contraception, Mass on Sunday, confession, Sex outside of marriage. . . 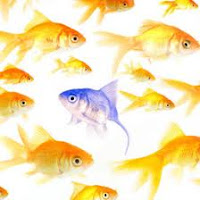 Can we say, “I believe in Jesus but not the teachings of His Church?” Does that make sense? If written off as a Church in error can you prove it through Scripture, Tradition, the teaching of the Church Fathers, and the 2,000 year held beliefs of His Church? Are these “sayings” too hard, “Who can believe them?” Or would you say like Peter, “Lord, where would we go? You have the words of everlasting life.”
Posted by Fr. V at 7:52:00 AM

It has long been my speculation that I might not have followed Him. Thank you for your words today that put a different light on my thoughts.......

I have wondered how Jesus of Nazareth, seemingly an ordinary workman from a small town, could have caused anyone to believe in Him. His teachings must have been compelling. Yet, Jesus performed miracles to confirm His teaching authority. I hope I'd have believed in Him from His teachings, but the miracles would have helped me to discern whether He was genuine or not. I wouldn't have wanted to offend God by believing in an imposter.