So, I thought I would start some spring cleaning around the rectory. One of the tasks I decided to take on was the cleaning out of the fireplace. In general, I have heard that when there are so many ashes that one cannot see the grate any longer it is a good idea to clean out the fire box. That being the case and the fact that it was spring AND I did not want to do any more paper work, this was a match made in heaven. 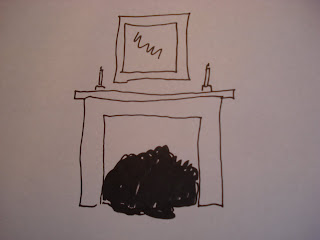 Of course the first part of the task is to get the shop vac up out of the basement. "Convenient" is not a term that I would apply to this machine. Now I may be a bit biased for I believe that this thing hates me and it is difficult for me not have some ill thoughts against it. 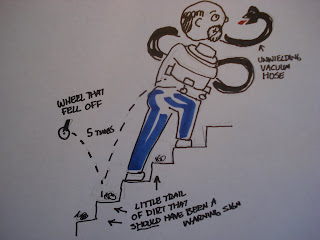 Well, the beast and I made it up to the fireplace. Of course there was the problem of old wiring and the plug having three prongs. But about a half an hour of looking for an adapter solved that problem.  After about a minute of vacuuming and only clearing away about the first inch of ashes it stopped picking up anything. I assumed that this meant that the hose was clogged. I detached the hose which of course spilled soot all over and did my best to unclog it and the stick it back onto the vacuum.
Here is where things started to go tragically wrong. You know, these things are not marked very well at all. Here is how the opening on a shop vac SHOULD be marked: 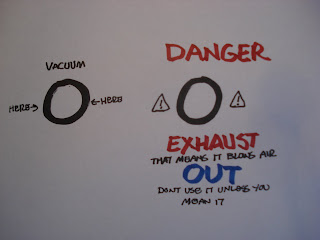 But they are NOT. I assure you. I mean - HOW OFTEN do you need something connected to a machine called a VACUUM do you need it to blow its guts OUT? Not often I would bet. At least not often enoughenough that it causes you to think, "Hey! I better make sure this vacuum is going to, I don't know, VACUUM, and NOT spit out a jet stream.
In any even, that did NOT occur to me. So I plugged it into JET ENGINE and then aimed it at THIS: 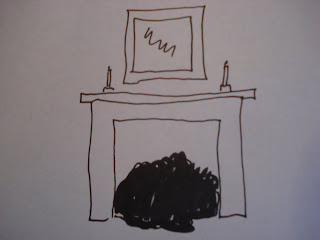 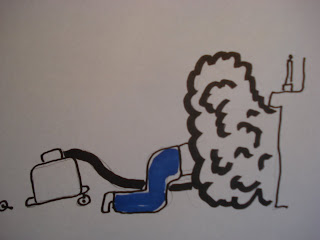 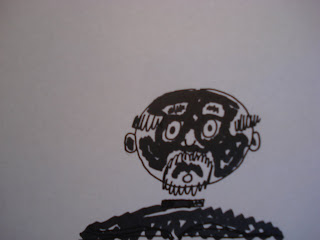 Fine. Whatever. Things happen. But the job still needs to be done. But after a few more seconds it stopped picking any ashes up again. So I opened the beast to have a look inside. (NOTE: NEVER open a shoe vac indoors.) There was the problem. It wasn't blocked. It was COMPLETELY full.
So the lid was placed back carefully on the machine and then I picked it up BY THE HANDLES PROVIDED which is something else THAT SHOULD NEVER BE DONE INDOORS. 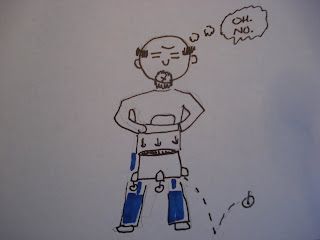 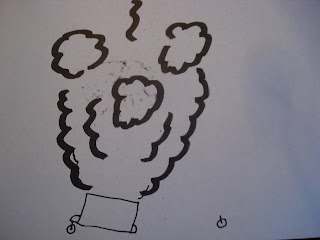 At that point it was just, "Get this thing out of the house" and try to minimize the damage. 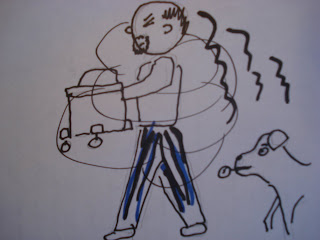 Finally I did the responsible thing and left the rest of the job to professionals. 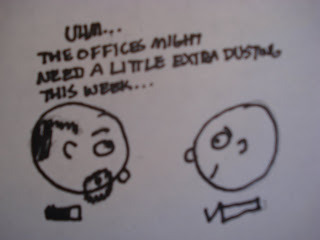 Oh Matt and how! Now I'm even more reluctant to clean out my fireplace.......

Please allow me to offer you a few tips for future use.
1. Label the vacuum and exhaust holes
2. Always empty when done and wrap the hose inside the bucket. Easiest way to carry.
3. As someone who uses the shop vac quite often, I can tell you that when the motor's noise hits a higher pitch its time to empty.
4.Just take the wheels off because they are a pain in the tookus.
5. Take all the extra gadgets off because they just snag the cord.
6. Finally if you can't find and adapter, you can take the round prong off with a pair of pliers.
Please write these down and attach to the shop vac. LOL

Your associate pastor did not get to witness this?

Ohhhh nooooo! FYI, the exhaust end is great for blowing up the air mattress when you have a need to.

A domestic you are not!

This is why priest's have housekeepers! ROFL

It's a good thing that you became a Priest rather than a Janitor!