HE CAN HEAR YOU NOW

Here’s something none of us would have said 20 years ago: 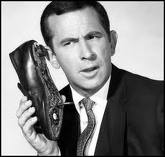 “I don’t like the pictures my phone takes indoors.”


30 years ago (actually much less) if you wanted to get a hold of somebody by phone you had to call them on a machine attached to a wall (which means they had to be in close range) and they had to be home because the phone would not answer itself as it does today.

Now you can be disturbed anytime, any day, almost anywhere. At one time it was only doctors who left their number at the front desk at the theater in case of emergency. Now little Miss Mary Jones carries her cell into Mass in the off chance that Jimmy should call to tell her that Nancy is now allowed to be their friend again because she no longer has cooties. 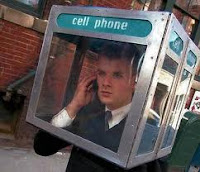 So there you have it; universal, instant communication. But it is still not as good as capabilities that we have had available to us since Adam and Eve. It is why I don’t buy it when someone says, “I want to, but I don’t have time to pray.” It may be true that you don’t have time to do a holy hour or an entire rosary in one sitting, but there is always time to pray. Waiting for your drink at the coffee shop, at the red light, walking into a meeting, fueling the car, walking from the car to the garage door, in the moment that you rub your eyes after a long time staring at a computer screen, waiting for the sign to change to “WALK,” the few seconds of quiet in the little monsignor room, between messages on your phone (“Message deleted. Next message” is enough time to say, “God help me with that person,”) and you get the idea.

Being a person of prayer and not merely a person who prays is part of a mind set. As loved ones come to mind during the day, so should God. Prayer is possible anytime, any day, anywhere, the cost is cheap, the technology simple, connections guaranteed, there are no dead zones, and the coverage is universal and interdimensional.
Posted by Fr. V at 6:03:00 AM

Great post. I think a lot of people think that if you pray it has to be some form of formal prayer. I tell my high school students that they can pray anytime, anywhere, just talk to God. Just as you're telling your friends everything that is going on in your life as you are walking down the hall to class, texting etc., Have those conversations with God.

I wonder how many people have trouble praying because God doesn't seem real to them.

The philosophy at the base of modern culture is materialism. Like it or not, we all absorb some of that. It is just background. To a lot of people, something is only real if it is real to the senses.

How can we, as Christians, show God's reality to a materialist world?

And praying "in between times" is a wonderful antidote to impatience!

Adam and Eve? Do a search: First Scandal.