TUESDAY QUOTE OF THE WEEK CCV

FINDING TRUTH WHEREVER IT MAY BE FOUND: “No early Christian

said to his pagan friend, ‘You call him Sol Invictus and I call him Jesus Christ, but we basically worship the same God.’” From Christopher Check’s article “The Empire and the Early Church” in This Rock Magazine.

QUOTE II: “I have discovered that the bloodshed of a thousand wars is insignificant in comparison to the loss of a single soul, and that I am called – like every Christian – not to be an animal that cowers for safety from death, but to be the greatest saint that ever lived, and to set the world on fire with love for God.” Christine Klun in “This Rock” magazine.

HAPPY FAT TUESDAY EVERYBODY! REV YOUR ENGINES! WE ARE HOURS AWAY FROM LENT!

Here is something pretty cool and it has deep roots in the Diocese of Cleveland. "The Answer" is a mutli-media rock opera that will be performing at the next World Youth Day - and as a

matter of fact will be the only "official" artistic event. From there it will travel the world. I know this because a person in my parish has been working with them. If you would like to know a little bit more about it, here is "The Answer"'s official website just recently released to the public. (It recently gained recognition and permission both from Bishop Lennon and the Vatican.

Here is an awesome new video from The Skit Guys just in time for Lent. Give it a go to prepare for tomorrow. 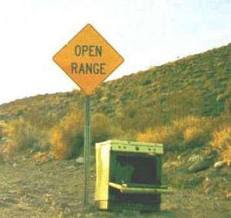 Eric sent this in. It is a live cam on Ferris State's Osprey nest. It updates every 10 seconds. Every time I look there isn't much to see but who know? Here it is if you want to keep tabs. Thanks Eric.

This site should only be visited today. (Don't torment yourself after today.) Happy Paczki Day! Thanks Frank.

There may be a lot of things we don't agree with Mormons about but here they have it all over us. Thanks JP for sending in this Washington Post article.

Here is Bishop Lennon's Lenten message courtesy of The Dioceses of Cleveland Enewsletter.

CK sent this in. Catholics: You really should at least watch the first video on this link! Do you think we still do not have martyrs? Do you think the world still does not need brave and radical witnesses for Christ? Think again! (I feel a homily coming on.) Thanks CK.

Speaking of martyrs, hammerkg sent this picture in of an altar of my favorite martyr. It is in Michigan. Thanks.

Here is an awesome 2.5 minute video sent in by an anonymous reader. Great for kicking off lent. I still don't have the kind of poise that this kid does!

Fr. K sent this in. Of the monks featured here he says, "This is the monastic community that was one of the moments toward becoming Catholic. That was when they were in Oconomowoc, WI 1976/1977 when I was a Lutheran vicar (ministerial internship) at Cross Lutheran Church in Milwaukee. They are more remote now, in Sparta, WI." Here is the link.

Pat sent this in for a laugh. A minute and a half. Sebastian is "vocal" but not like this. I think that I am grateful.

Russ sent this in if you need a couple minutes of laughter on this Fat Tuesday. Thanks.

Thanks Father for letting the world know about "The Answer". Here's our chance to evangelize our world with this Catholic Jesus Centered musical seen through St Peter's eyes. So many people involved from the Cleveland community of Catholic believers and believers from around the world. This isn't just for the Christian, it's also for the Seeker. Christians will be edified and the Seeker will find the Answer to their salvation in Jesus Christ. It's so exciting to be part of this international historic event! All for the Glory of God and the Salvation of Souls!! God bless you!

Seriously? Sparta WI is right off the interstate, how remote can it be? If, by "remote" Fr K means "further from him" then yes, Sparta is further West than Milwaukee but it is easily accessible. Note for those in cold climates, The Company Store's outlet is in LaCrosse, which isn't terribly far from Sparta. My aunt used to drive to LaCrosse to go shopping.

Hmmm....re the video...probably noooo way, any "wolf-dog" would be allowed within 5 miles of any of my newborns!