Of course any seeming connection to an actual person living or imagined is purely coincidental. 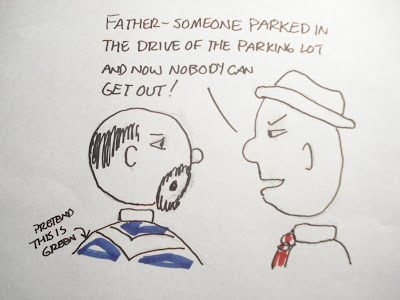 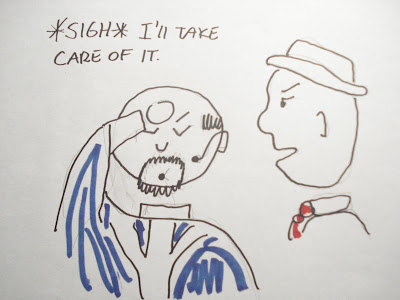 As I was walking up to the front of the church to get to a microphone it suddenly occurred to me that I was wearing one as seen below and I could just make the announcement from where I was. 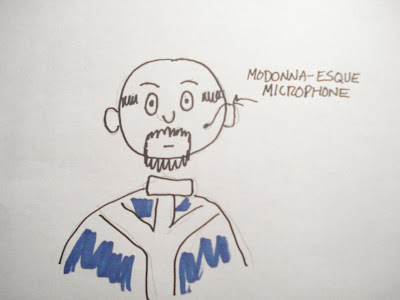 However, the sounds system had already been turned off. 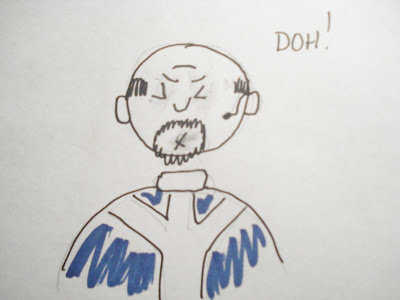 So I went to the sacristy, turned on the sound system, waited for it to warm up, and then went out into the church to make the announcement. 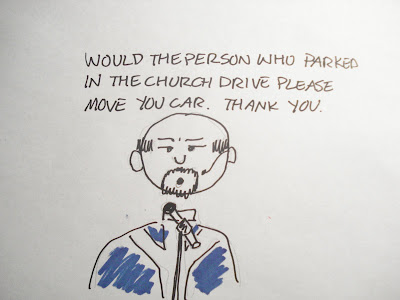 Feeling rather proud of myself I went to talk to the guy who was trapped in our parking lot. 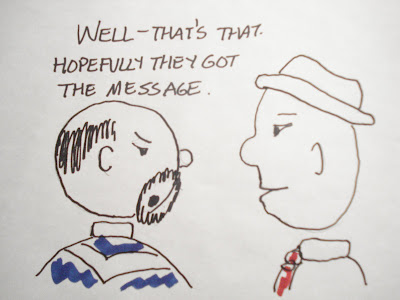 Little did I realize that, not only had I left on the sound system, I had also left on my mic from earlier when I tried to make the announcement from the mic I wear at Mass. 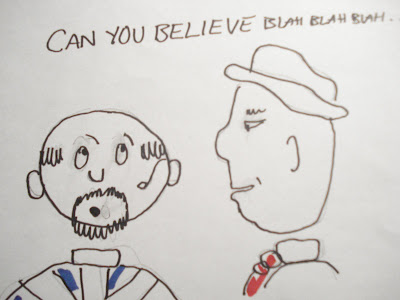 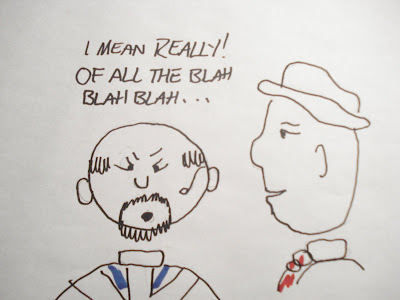 In some places they call it diarrhea of the mouth. 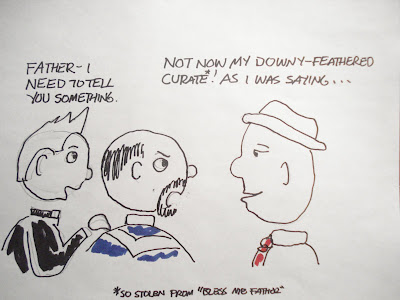 At least he tried. 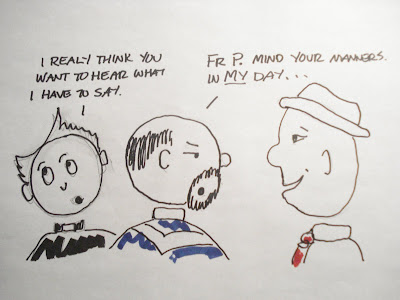 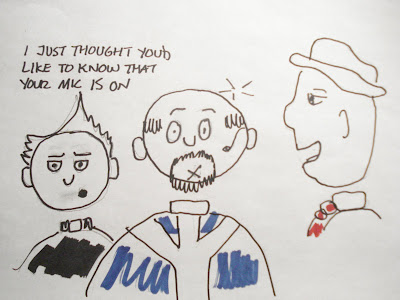 Of course my imagination started going into overtime. 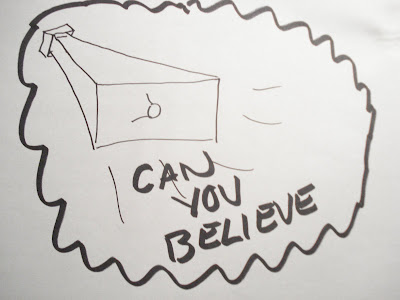 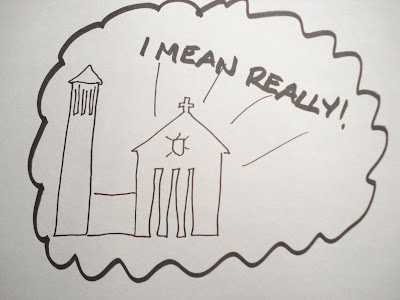 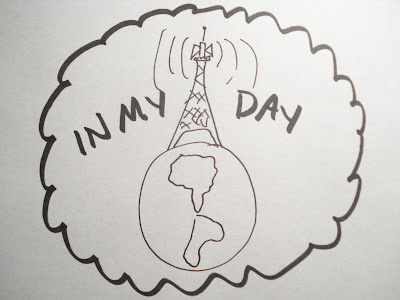 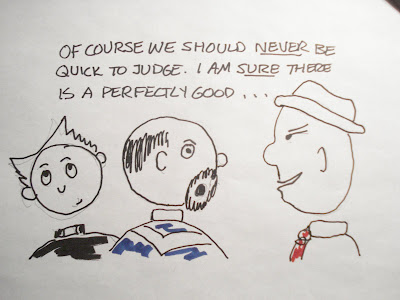 Now you think that I would have learned my lesson. Oh, not so. 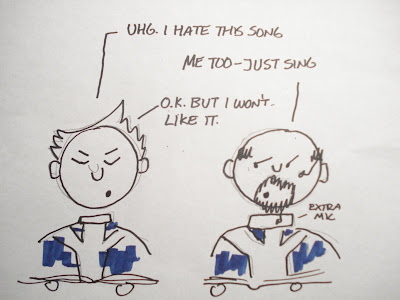 Do you see that little black dot on my collar in the picture above? It is an extra microphone used to help certain people who could use a little extra boost in hearing during Mass. I often completely forget about it. 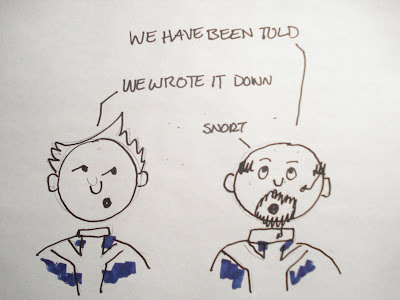 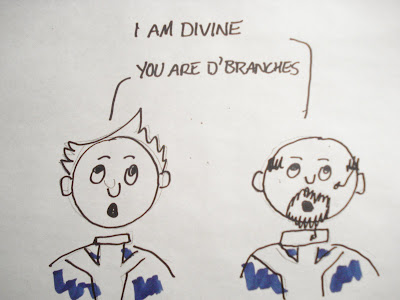 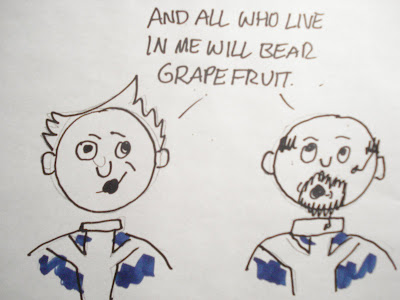 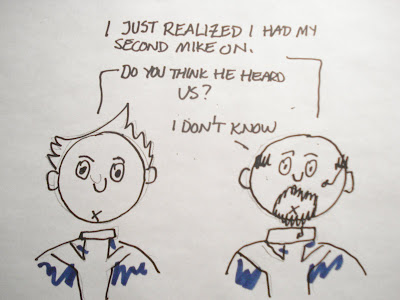 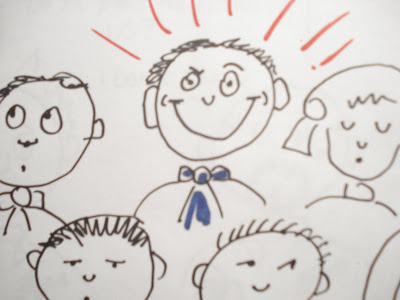 One of the good things about the parish where I reside: no wireless mics!

This is the best one ever! ROFL!! Gotta get one of those hearing assists next Sunday. I'd hate to miss the fun.

One time in our parish we got to hear a toilet flush! (and other accompanying sounds.)

Fr V you are too funny! I'm telling you save all these drawings, they will fund your comfortable retirement one day!

are we going to have to get Deacon Terry to separate you two???