IT'S ART FOR GOD'S SAKE!

YOU CAN PROBABLY GET JUST AS MUCH OUT OF THIS ARTICLE BY SKIPPING THE FIRST THREE PARAGRAPHS IF YOU WISH. I'M IN A BLABBERING MOOD TODAY.

gether. The immediate and obvious effects are the people in town who are now unemployed directly from the lay off. But that is only the splash, the ripples continue far out into the community often delayed by time and a certain slowness death.

Ancillary companies that provided services for the factory that closed experience a loss of income and possibly lay off people themselves if they too don’t go out of business all together. Restaurants, taverns, and like small-town business that serviced those who worked at the factory for such things as lunches, post work drinks, or uniforms then feel the pinch. Since there is less money to spend other businesses start feeling a strain – grocery stores, movie theaters, family restaurants, department stores and the like. If it lasts long there is the problem of people moving away. There is less of a tax base both from the factory and from those who used to live there. Without the tax base, schools suffer, city parks, and city services are strained. Now, the charities that helped those in need find that now that they are needed more than ever, their traditional places of gaining revenue are gone and the problem compounds.

SO FAR I THINK THAT I HAVE NOT TOLD YOU ANYTHING THAT YOU DON’T ALREADY KNOW. What you might be unaware of is how these strained times effect the businesses that rely on your parish to be solvent. One of those general categories of business would be the arts. I’ve railed against what passes as art in many parishes for some time. Of particular disdain in my personal book is “art” being purchased out of catalogues. Not that I am always and 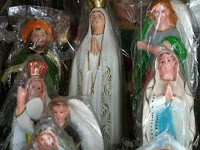 everywhere opposed to this but it is at least a little disheartening that an organization that is supposed to be “Patroness of the Arts” is so enthralled with mass produced art that one in every five churches in any given diocese has the exact same statue of the Virgin Mary in it.

We are not hopeless however. In spite of that the Catholic Church has still been a rather important player in the art world. But there are twin disturbing trends sprouting up from a rotting root that are the direct result of parish closings, mergers, population drops, and belt tightening. The first is the loss of businesses that produce and maintain religious art for the Church. Businesses such as stained glass art studios and the like are closing down at an alarming rate. Today, when looking at a finely crafted chalice from even 50 years ago, we take great care of it because they cannot be reproduced. By and large the artists either do not simply exists a 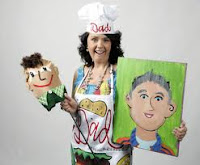 nymore or it is no longer cost effective. It is much easier and cheaper to produce one stamped out by a machine or using a technique that does not require the skill and manpower hours. This is a trend that is likely to grow making some of our stepped down art of today more precious since even that will not be able to be reproduced in the future.

The second disturbing trend concerns the art being produced. If we do not support artists in their trade they will create art for those who will support them. Right now you can go to any large museum and see a tremendous amount of good art commissioned by the Church for religious purposes over the centuries. Will there be much from today? Or will it reflect a more secular, vulgar world?

The solutions are not easy. There is a certain amount of risk commissioning an original piece of art. You might be able to return a mass produced statue or chalice, not so something that took months of a man’s life to produce to your specifications. There is also the obstacle of cost involved. Maybe we should not be in such a rush to have our churches “finished.” There is also a certain amount of education that needs to go on also stressing the role and importanc 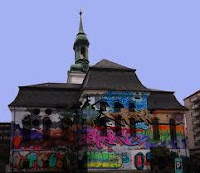 e of art in our schools. And individual Catholics need to supports artists with prayer, encouragement, and even through personal commissions when possible. It's a matter of trying or ending up with churches that look like a cross between a gymnasium and a family room and art that consists of posters of good art from days gone by.

So I am putting my action where my mouth is. Because of this diatribe there may not be a post one day next week. More on that later. . .
Posted by Fr. V at 10:27:00 AM

Father, as an artist, I can assure you that we artists are also concerned about the rise of cheap, mass-produced 'art'. Nearly every artist I know has a day job. We all would like to know how to get the public to buy ANY original art, let alone religious art. If you come up with an answer, I know there are thousands of artists out here who would like to hear it!

Thanks for bringing the topic up to your readers--maybe they, at least, will think twice before buying a $10 knockoff at Marcs instead of going to one of the galleries downtown and supporting their own neighbors.

There are monasteries who sell their art and I know of one that produces icons and repairs statues for use in both parishes and homes.

It's a fledgling community that could really use some support!

And yes, they will accept commissions!

I am 100% in favor of real art in Catholic churches. Most built within the past 40 years leave a lot to be desired aesthetically in my opinion.

Here's a website for a truly Catholic artist. I only wish I could afford some of his works!

The Jubilee Museum in Columbus has many Catholic treasures. If you ever visit Columbus, call ahead and arrange a tour. You won't regret it!

My friend, Don is a catholic artist. His Paintings are more abstract. He prays to Jesus before he paints each piece. Would love for him to be paid his worth in paintings too. you can view some of his work at www.stonedonhappiness.com Thanks for your powerful words, Father!