FRIDAY FAIR - A GRAVE MATTER TO BE SURE

It was quite a while ago when it was still called Symbolic Saturday that we took a look at gravestones. I did not have my own pictures at the time but this past Wednesday, my day away, Sebastian and I went for a walk in Glendale Cemetery here in Akron where there are some spectacular examples of monumental symbolism. (That was a poor pun.) There were even a couple of new examples that I had not witnessed before.
Below is a wonderful example of an urn covered with a cloth. The urn itself can represent the return of the body to ashes in its final resting place. (Ashes to ashes, dust to dust and all that.) The cloth adds to the drama. In some cases it can mean that this was life ended too soon (even if they lived to be 102), or the break in the curtain between this life and the next, or it could just be thought pretty. 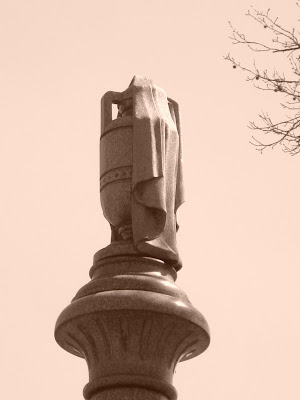 This statue is the personification of bereavement. It suggest that the person was well loved. The ring of ivy in her hand represents Fidelity, attachment, and undying affection. 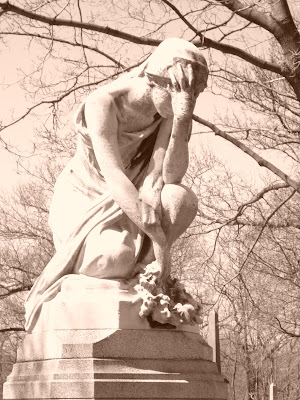 There are many fine examples of obelisks there. In Christianity they remind us of earth's connection with heaven. It can also be a symbol of the resurrection first thought of in Egyptian times. They were thinking of rebirth however - we of the resurrection of the dead. The point symbolically splits the clouds so that the sun always shines on the grave. These are found almost exclusively in old cemeteries from the rural cemetery movement. 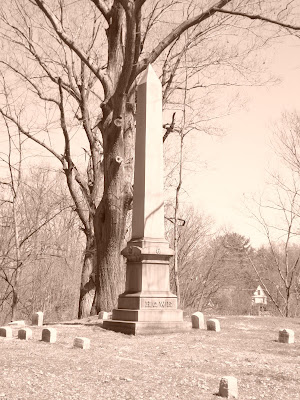 This was a new one for me and I love it. Here is Jesus holding a crown. Below is an inscription that reads, "(James 1:12 KJV) Blessed is the man that endureth temptation: for when he is tried, he shall receive the crown of life." Below are the individual grave markers each with a crown and cross on them. 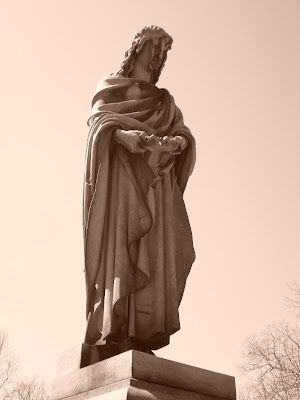 The stump records the brevity of life. Cut down in the prime of life or perhaps when life was just beginning. Erosion has badly damaged whatever is on top but I believe it to be a lamb which would lead me to believe this was a child's tomb. 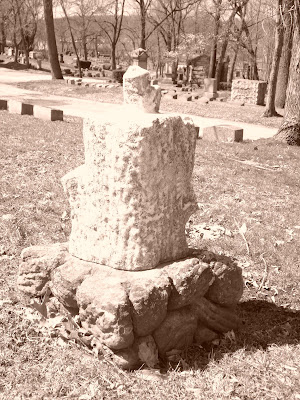 This one was just cool. It is Saint John the Evangelist. You can tell because of his youthful appearance, the eagle at his side, and the scroll in his hand. 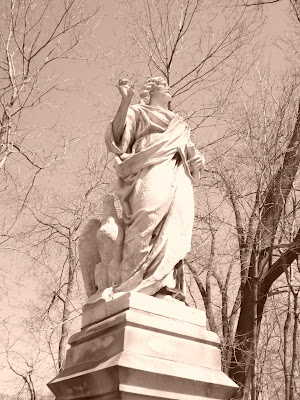 This poem was just to wonderful not to share. 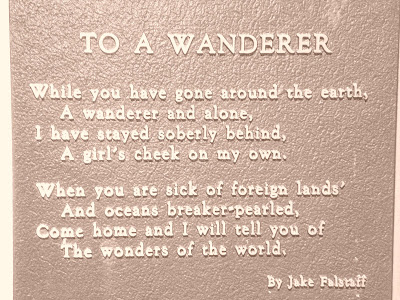 Please forgive me the next couple of comments: For those of you who get the reference, apparently Will didn't listen to the robot. 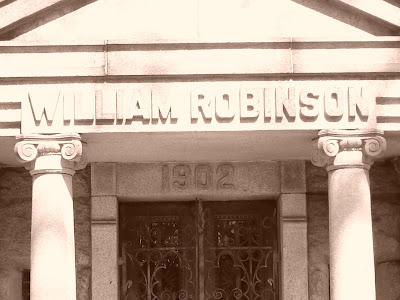 If you were wondering where the jobs are going . . . 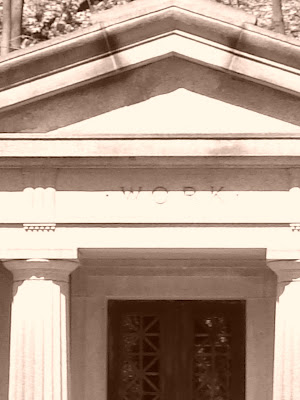 I don't know who this guy is but he was Young when he died. 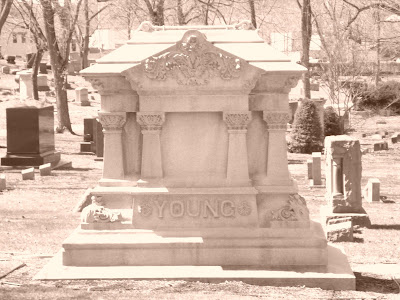 Now I want to go wander around cemetaries....

The poem is beautiful--with a very Chestertonian sensibility! =)