Hiring and firing fall even above paperwork as the least one of the least desirable jobs of the priesthood. But as with any vocation it has to be done. Yesterday I had an interview for a new position here at the parish. Today there will be a second interview. I am not at all sure th

at I even want this position filled. The benefits if everything worked out perfectly would be fantastic. But so much, Oh, so very much could go terribly wrong and then you are mostly stuck.
Interestingly enough for this interview I was legally allowed to ask such questions as age, sex, medical history, and all those lovely question that you are not allowed to ask in most interviews. The interview went mostly Okay and my first impression is that even though he is only almost two years of age he would be able to fulfill the responsibility of the job well if I decide that I want to bring him on board. Well, two years of age is not exactly right for in dog years he would be in his mid-teens.
Yes, “Roomy” is a dog. A black lab mix to be exact. For those of you who have been to the parish house before you know that it is really quite a large house. And with steam heat from the late 1920s it is also a noisy house. By a 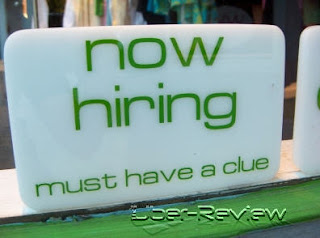 nd large I am used to it now though it still sets others nerves on end from time to time. My sister came over the other night to play Scrabble and every once in a while she would ask, “Did you hear that?” “Yes, that’s just the house.” Except for the time that it wasn’t. (There was just an unusual bang just now. Interesting. Gosh it would be nice to have a dog around.)
When I was a kid I had dog named Benny. He was the world’s best dog save that he liked to dig up my Mother’s rose bushes. If I was home alone and hear a noise and get nervous it would occur to me that the dog was not barking and any anxiety would vanish. That would sort of be “Roomy’s” job here: friendly guard dog. Maybe I would have to rename him “Inquisitor"
So he came to visit yesterday. He came when I called, sat when I said sit, and almost shook. He didn’t bark (although I am assured he does) and he didn’t knock anything over. All favorable signs. So he was granted a second interview.
Some of the coolest rectories on the face of the earth have had dogs. But it is a rare rectory that can make it work well. If nothing else I will have a fun day with a dog. I wish I could lease him from time to time. I quite honestly hope he breaks something tomorrow for that will insta

ntly keep me from falling head over heels for him. That would solve everything.
Somebody wise out there talk me out of this.
Posted by Fr. V at 4:49:00 PM

Hmmmm...you know I know the joys of dog ownership, but, have you considered this:

*morning walks, whether you want to or not, evening walks...same thing.

*"incidents" taking place on the carpet or run or anywhere it happens to happen when they have a tummy upset (I've gone through a LOT of enzyme cleaner in the last couple weeks as my girl has been getting sick while I'm at work!)

*vet bills and the cost of heartworm preventative and Frontline for the season.

And, depending on age....creative chewing when you're away!

But of course, you know all the wonderful things that cancel out the bad stuff...

Then...there's the times when they are sick, although the look at you with those cute puppy dog eyes & everything melts.

Of course, with a black lab (experience talking here), their tails wag almost constantly and often feel like a whip. Once when my sister & I took ours to the vet (shots - always fun), he "sprained his tail!" yes...he wagged it so much & so hard that he sprained his tail. He was in much pain for quite awhile.

Then...there's the subject of chocolate.
Dogs & chocolate do not mix...ever. With a black lab, guaranteed he will find the chocolate...especially if you leave it on the counter. You'll look back & the brownies are GONE! And your dog is spastic.

You will always have to keep him on a leash - unless you buy one of those invisible fences. Our dogs love the room to run - especially during the winter months. They love the snow. If we don't have their collars on, guaranteed Jake will run away. Lucky, on the other hand will try, but will always come back when called.

But like Adoro said, all of this pales in comparison to the love, unconditional love, that a dog gives.

I'm sure you know by now that Fr. Kraker has a dog. He's been inspiration to more than one column in the St V. bulletin, and Vinnie (the dog)is even published. You can buy his book at Amazon. Is he talking you into it? :)

I'm a sucker. I found two strays in the park two years ago.

Keep the dog. The 8th graders need service hours. They can help walk him.

The humor is fine, but really, Father, let's get down to brass tags* here.

How does Roomy feel about Vatican II? Does he think women should be ordained? What does he think of gays in the ministry?

Finally, communion on the tongue or paw?

*Yes, the word 'tags' was an attempt at a joke.

What Rob says is something to consider. Also, if you inadvertantly baptize your dog, you'll never see him again.

All I can think of is the hard, inevitable goodbye-to-come. I myself will have no more pets, tho' I allow others to have them here. (Which is mistake #1-100.) Good luck. If you keep him, I might ask you to have a word with our assoc. pastor regarding breeds, for he is working on his second wildebeest (in two years) whom no one can approach. Cripe, we aren't THAT bad a parish!

Yeah, the goodbye is very hard, especially when it is unexpected or comes more quickly than expected. It's hard to be witness to suffering.

But....look at it this way...you can bless your own dog, you don't have to take him anywhere to have him blessed! And just CONSIDER the great PR!

Maybe you should put something white around his neck so he can have a roman collar, too....

And luckily, not all in the car at one time. whew! We are going to my brother's (in VA) for Thanksgiving - he has 2 black lab mixes (and a fenced-in yard).

Our pups are going to be exhausted on Sunday on the way home. (that'll be good in the car!!!) *grin*


Adoro - can you imagine - a pup in clerics - you're right - all he needs is the roman collar - he's dressed for the part. LOL

Dear Father, Dogs are good for your health (walking them is exercise; petting them lowers blood pressure). We had a dog for four years and he was a great blessing. How sad we were when he died. We remember him still with great fondness, even though he took some work. I like the idea of the 8th graders needing service hours. May St. Francis intercede for you!

Oh, ladies, after 15,000 cats before Larry (whom I assured would be my last kitty love ever), and after one dog (rodents and amphibians unmentioned entirely for now, tho' some were too lovable..), I now forego the said joys to avoid another wrenching goodbye, and the suffering that precedes it.

Amen, and true, Pat. I guess I've gotten old--I've taken to walking turtles for exercise (plus, they never pull at the leash).

I do see the makings of a great children's series--"Roomy's Rectory Adventures" -- or maybe even fireside video podcasts, the dog snoring (attentively) on the hearth.. and Rob, all other questions about the dog are moot, I think, because

all dogs go to heaven!

-all dogs go to heaven!-

Aha! The heresy of canine universalism!

Hmmm...I like the story idea! Father, you can write theological children's books...which will also be devoured by dog lovers! What a GREAT tool for evangelization!

And, you know...even with all the hard things that dogs involve, well...I'm a better person because of my dog. She gives me discipline where I wouldn't have any otherwise because of necessity, she MUST come before my own preferences. (ie when I come home from work, she has to go out, and she needs to eat, she needs to walk, etc.)

And...there's something about coming home to an empty house..that isn't empty. Because a fuzzy bundle of dog is turning inside-out with joy. Not to mention how they serve as barometers for whatever is going on, keep you company when you're sad (or ignore you outright...cats don't have the corner on that market), and bug you at the keyboard when they're tired of waiting for attention. Or they'll rest their heads on your lap when you're reading, etc.

Yup...theer's something about having a dog that makes it home.

And so... how was the second interview? Is there a permanent doggy deacon? Christian canine?

What you really need is a nice goldfish. No long term commitment there (usually).

Dogs are like children - - a commitment that is there through out their lives. They touch yours in so many ways. We had an Irish Setter for 16 years and mourned her passing because she was truly a part of our family. They are expensive and require hours of attention and care. Good Luck on your decision.