FRIDAY POTPOURRI: BUT IS IT ART?: WHAT IS BEAUTY? 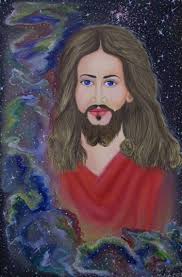 Today we enter into more murky waters.  It seems as though that which is beautiful should be easily defined, but it is not.  Last week was given the argument that it is beyond mere attractiveness or that which is pretty.  It is also beyond that which simply stirs the senses and has some connection to Truth.

Now, part of understanding what is beautiful is in the receiver.  How has the receiver been trained?  Is the receiver situated in the 1970s and is caught up in the fashions of his day?  A painting of Jesus with a Farah Faucet haircut may have wowed the viewer in an era of bellbottom jeans, but 50 years later a viewer might be inclined to think, like a person who looks at their high school picture, “Oh my!  How stuck in the 70s!  That looks terrible!”  So clearly part of what we accept as beautiful is culturally influenced.

Side note:  Keep in mind that this article is restricted to art and man’s creation, not God’s creation.  For example, a person is always beautiful because they reflect Christ Who is Truth, an interesting thought as our culture thinks this less and less and human life is thought less beautiful and valuable. 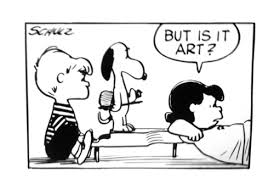 Then there is the education of the viewer.  Like fine wine, a person’s first taste of it may sicken them.  But as they grow older and their tastes develop, they may become an accomplished sommelier.  Likewise, there were some impressionistic paintings at the museum that I did not care for at all.  My cousin taught me how to see them and I gained an appreciation for them to the point of having purchased a couple of such paintings for myself.  So clearly, that which is able to be seen as beautiful is at least partly within the receiver.  (There are definite limits to this.)


Then there is beauty present in the object itself.  It is not entirely subjective.  There was a print of a painting in my confessional of the Blessed Virgin Mary painted by the grandmother of a couple I married.  It brought comfort to a lot of people.  One night, a number of years ago, a couple of teenage boys caused some mischief in the church, one of the things being to mar the picture with two long swipes of some kind of blade.  They didn’t rip the canvas but made a couple of permanent creases down Mary’s face.  It did have an effect on the print.  A person (within my school of art appreciation) would say that the beautiful was marred now (and if it were insured for lots of money, I would expect a payment!  No one would be able to convince me (with rare exception), “Hey!  They just added to the artistic heritage of the print!”  Some of the beautify that it represented has been taken away. 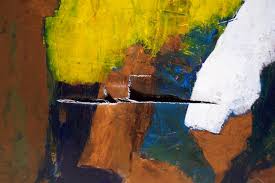 Granted, someone will argue that, once the story of the marring was explained, it may become of great interest to others.  But this would make it interesting.  It would become a commentary.  It might even become attractive.  But it did not make it more artistic.  (The artistry might be in the description!)

Very few people have seen the painting that will be presented to the parish at Easter to help celebrate our 90th anniversary.  The few that have, upon walking into the room, invariably jump back for a moment and involuntarily utter a cry a kin to "Oh my!" or "Wow!"  Does that make it art?  We will continue to explore but here we are so far:  If a thing is beautiful, part of its beauty lies within itself.  Part of the perception of beauty of an object lies within the viewer.
Posted by Fr. V at 6:44:00 AM

Email ThisBlogThis!Share to TwitterShare to FacebookShare to Pinterest
Labels: art, Beauty, Friday Potpourri, IS IT ART?, patroness of the arts