GUARDS AND METAL DECTECTORS VS PRIESTS AND CONFESSIONALS 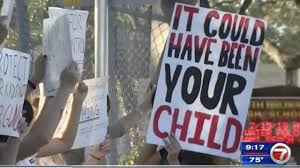 “Outrage is an appropriate response to the carnage in Parkland, but it’s not an answer.”  This was written by Steve Chapman of the Chicago Tribune as reprinted in the Akron Beacon Journal on February 18th.  “Those demanding dramatic action accuse those who disagree of enabling murder.  But it’s no sin to reject false remedies.”

The “cure” for which so many people are looking is various forms of gun control.  Unfortunately, at least according to this article which sited various studies including “a 2013 study of the 1994 law for the National Institute of Justice” which said, “We cannot clearly credit the ban with any of the nation’s recent drop in gun violence” and that any such ban, “is likely to be small at best and perhaps too small for reliable measurement.” 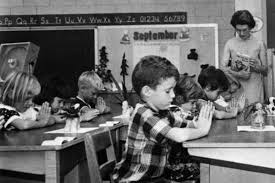 But we want this so badly because it seems like an obvious and effective action item.  It seems to make sense.  We can all rally behind this and DO SOMETHING that will help rid us of these atrocious situations and sooner rather than later.

One thing we are sure we CANNOT do is hold a prayer service in the school for the various “good” reasons that such things are banned (although crosses and candles did make an appearance but I am sure that will be overlooked.)  If there is one thing that might bring comfort at all to a horrific situation like this is the idea that these kids have souls that are taken care of, that they live onion some way, and that there is hope.  But instead the will receive metal detectors, guards, safe spaces, counseling, assemblies on how to spot potential threats among their peers, and have active shooter drills. 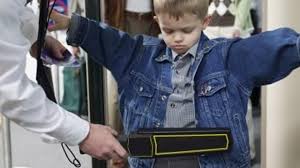 This will possibly keep them alive longer.  But it is not the one thing that will give them hope forever; the one thing that gives them hope even in the very teeth of death.  It is the knowledge that there is hope even in death.  It is this hope that give a person the power to be stronger than their fears.  Bravery gives way to courage.  Courage allows us to crawl out from behind our walls and out of our safe spaces and reach out in charity.  And charity alone will bring about the healing we need to bring about the long term, peaceful solutions we need to foster sanity in our culture.  Granted, it may only bring healing to the individual at first.  Then maybe to those around him.  If they are lucky, they will bring healing to their small community. It may take most of their lives to accomplish this but better to take a long time than waste our time doing things that only work marginally at best.  And kept up, it could eventually change the very culture in which we live, which historically we see can happen.

Have you ever noticed that none of these shootings take place at a Catholic school?  There has been one Catholic school campus shooting since at least the 1920s and that was in 1979 when a 21 year old man shot and wounded 4 people at Gonzaga University.  That is not to say that it could not happen.  Every pastor who has a school prays daily that this will not happen at his school.  But even if there 20 in the next month, it would not remotely come close to the number of schools that have had them. 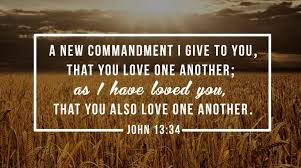 There are a lot of factors to give reason for this, but not the least of which is we are allowed to say from a Divine standpoint that killing is wrong, bullying is wrong, shutting out the world is wrong, not caring for others is wrong, and not forgiving and being forgiven is wrong.

A guard and a metal detector or a priest and confessional box?  If you had to take a wild guess, which of these would you say might bring about a longer lasting, more positive change to our nation’s problems?a
Posted by Fr. V at 6:23:00 AM

Dear Father,
You have written some brilliant and insightful blogs in the past but today's blog tops the list. Thank You.

I have no children in school but these school shooting make me ill for days. I will bet school shootings keep you up at night, saying 400,000 rosaries a night for your children.

I frequent the Facebook page of an organization, which, as a Secular Franciscan, I am forced to support via my annual Fair Share (dues). They are behind a variety of causes I do not think fall within the teaching of the Church, so I am very unhappy about it. However, one post, seemingly on this subject, was featured on their FB page on 2/15, makes me extremely unhappy.

With a ringing endorsement from the organization who featured it (and the Secular Franciscans, who by extension support this organization), the quote was from a fallen-away Catholic actor: "Prayers without accordant action are silent lies told to oneself, heard by no God, amounting to nothing. Action is the language of truth, the prayers of the Saints."

Now, I am a very poor Catholic and an ignorant Franciscan. But I have always believed that God hears *everyone's* prayers, whether we support that person or what he/she is praying about or not. And whether they take action, whether they can or cannot. And that it is for God to judge the pray-er's motives.

To me, this negates and renders worthless the prayers of the sick, the imprisoned, the persecuted, the handicapped, the very old and the very young.

The organization in question is very liberal, and amounts to a political action committee. They featured and endorsed this quote to deride politicians and other individuals who offered "thoughts and prayers" in the wake of the school shootings.

Please Father, I have no one else I can ask - am I right to think this quotation is not Church teaching? I am very unsettled about this.

I am not one of your parishioners, but I do appreciate your insights and have great respect for your vocation and education. I am so tired of the blame for every bad thing that happens being put on one political party or another, and am discouraged by the fact that no one can discuss anything in a civil manner anymore if they do not agree.

God bless and protect all of you at St. Sebastian

Fr. Loya, our spiritual director at the seminary, noted this in a conference he gave us once:

We need more forgiveness in our culture. Blame just keeps us, at best, at a level of cultural mediocrity which diminishes the likelihood of great numbers of people finding any true happiness. In place of actual contentment, you will have an nagging sense of, "blah", following your life around. Do you feel that today? Go out and forgive someone. The greater their offense, the more you have to gain from forgiving them. Blame by its nature can only lead to division. Forgiveness by its nature leaves the path open to reconciliation and union which surpasses the "mere" ideal of ending hostility going past it into an actual Communion, one that leads everyone to peace. And, to your point, no one really learns to forgive unless they have come face to face with their own need for forgiveness. The place par excellence that this lesson occurs is in our Baptism and the celebration of the renewal of that forgiveness every time we participate in a Sacramental Confession.