A few days before the ground breaking of the new building the first parochial vicar was named for the parish.  On April 25th the Rev. John Murphy was assigned to St. Sebastian. 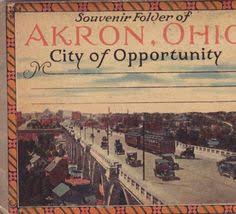 Fr. Murphy was a newly ordained priest awaiting his first assignment.  Two letters of appointment had been sent to him only later to be recalled.  Finally he received a phone call inviting him to a luncheon in Cleveland to honor “a Church dignitary” and there he would meet his first pastor.

It was then that he met Fr. Zwisler who had recently been named to found a new parish.  At first, he reports, they carried on with small talk until they became comfortable with each other.  Then Father Zwisler began to lay out his plans for this new parish.  “I became impressed with his earnestness, enthusiasm, and ability . . . I was convinced that here was a priest, who would go far and do big things and I was fortunate in being appointed to assist him.  ‘We have a big job ahead of us, Father Murphy,’ he said, ‘quite a large territory to develop.  But with the help of God, we will do it, no matter what sacrifices are demanded.’”

In 1936, Fr. Zwisler spoke of his good fortune in securing such an able young priest.  He remarked how easily Fr. Murphy adapted himself to the great work that had they had spoken about in that first meeting.  “Few young priests have had the opportunities afforded Father Murphy because he was placed in a position to watch and assist the development of a parish from its very beginning.  He participated in the organization of the congregation and the building of everything we have.”  For his part the parochial vicar said, “There has always been plenty for me to do in St. Sebastian’s and I have tried to feel that I could do it.”  Father Murphy would remain with the parish until 1940.