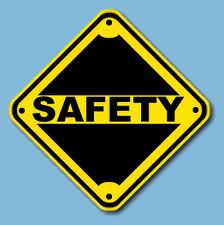 Many people see Church as a safe place to be. Just think of the word “sanctuary.” If you are in danger you run to a church and claim sanctuary and supposedly are afforded a certain amount of protection as long as you remain there. But church and the realm of faith is anything but safe. One need only look at the statues and stained glass windows in his local parish (if he is fortunate enough that it is thusly equipped) to see people who were stoned, beheaded, set on fire, and whose leader Himself was crucified.

If you think things are much different today you are mistaken. Martyrs are still made throughout the world. But of course one might be inclined to think, “those things happen over there though, not here.” Wrong again. I’ll grant you that we do not have martyrs in the United States. But things are not all roses. That is because the Church is involved in the world of thoughts and ideas and it is one of the very few institutions that does not put its Okay stamp on modern culture and go along with the tide of popular opinion.

What is at stake? Men and women in the medical field who want to live out their Catholic faith run the risk of losing their jobs because they refuse to perform procedures or administer drugs that the government wants to mandate ridding us of our conscience clauses. Institutions come closer every year to being in direct conflict with new government regulations in hiring and in practices that go against Catholic teaching such as supplying medical coverage for abortions (just one example.) As same sex marriages are made legal the Church runs the risk of having to recognize such marriages or face sanctions. If you do not believe this take a look at what Archbishop Broglio is facing as archbishop of the military.

Faith is not safe. If you are safe it is only because such things have not yet directly affected your life. All of this prompted Francis Cardinal George to comment, “"I expect to die in bed, my successor will die in prison and his successor will die a martyr in the public square".
Posted by Fr. V at 5:35:00 AM

It is chilling to think of the US going from relative quiet to making martyrs within two generations.

My local paper reported this today: "The Supreme Court heard arguments yesterday in a case that could change how religious institutions hire and fire people. This is the first time the court has weighted in on the "ministerial exception," a constitutional principle that exempts religious organizations from laws that govern some employer-employee relations...This is why, for example, the Catholic church doesn't have to ordain female priests."

Does anyone else besides me feel a chill at the threat of this ministerial exception being overturned? Our religious freedoms are being threatened from all sides, and this is just the latest attack. It makes me angry, and I wonder just what is happening in our country. If it comes down to where practicing our faith breaks the law, America will no longer be the land of the free. And there will be a lot of martyrs.

I knew that His Eminence was an optimist.