I was unprepared as a newly ordained for the number of people who said, “You know, I should have never been married.  I’m not really cut out for it but it seemed like the thing I was supposed to do.”  When someone says this, we don’t talk about discerning whether God is calling them elsewhere or not, we talk about a spirituality that will help them keep up with their promises and commitments.  The time for discernment (vocational anyway) has passed.  It would never be that God is calling you out of your marriage and family (although there are rare exceptions.) 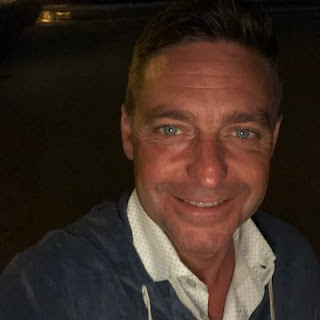 So it is with heavy heart that I hear about (formerly Father) Jonathon Morris, once famous priest and commentator on FOX news.  I like the guy.  I want to wish him well and heavens know we don’t need unhappy priests in the priesthood.  However, in his interview on FOX he said that God is the one calling him away from his vocation, promises and commitments.  It is with this that I have difficulty.

There are a lot of things that could be going on in his life.  Maybe it is that he became a priest thinking that it really wasn’t for him just like a person might think that maybe he wasn’t really cut out for marriage but wanted to live up to other’s hopes.  And he certainly had some rough things with which to contend in his priesthood and it was probably a good idea to let him go if his heart was set on it (a lot of damage could have occurred otherwise.)  But that this was the best solution I have caution especially in an era when people, in general, are having grave difficulties being committed to a cup of coffee with a friend in a week let alone marriage, holy orders or other of life’s grave commitments.

He has my prayers and I wish him and others in his shoes well, but it is with sadness and I am not on the bandwagon of, “Good for him for following his heart!”  To be clear: there may be things going on in his life to which we are not privy and maybe this is the best move for all involved.  But as an example of of how to handle life’s commitments when they are not as we had hoped (or we are not happy, or we find something better, or our interests have changed, or, or or) this is a solution to be looked upon somberly and with great caution.
Posted by Fr. V at 8:16:00 AM

I personally believe that God is not calling him to do this but he is doing it for the right reasons. Better to have him leave the priesthood now before possibly doing something he, and the Catholic community, would regret. I don't believe we are to judge but that's just my opinion.

It's sad. I'm sure he's letting a lot of folks down even though he is trying to avoid that.

The comments by Al Kresta were spot on in my opinion -- well worth a listen. He talks about it on a segment before and after the news segment. https://avemariaradio.net/audio-archive/kresta-afternoon-june-12-2019-hour-2/

I am with you Father -- we can offer our prayers for his path ahead, but to cheer him on for "following your heart" falls short and trivializes the priesthood (as Al Kresta says). I have one question, though: If it is true that he was coerced into his vocation, is it possible that his ordination was invalid?

I am praying for Jonathan and for his whole family, who are dear friends of ours.

I second the comments by Marie M, and yours, Father. It is all very sad, and it hits home, knowing he and his family are from Akron, and known to many of us.

It is never good to second-guess what is between anyone and God. I trust God has a plan in all this. God always brings something good out of bad situations.

I pray for all concerned, for their spiritual protection and peace. - Sue, OFS

I found this to be an interesting perspective by someone who experienced the Legionaries' creepy tactics first hand: https://onepeterfive.com/why-im-not-so-quick-to-judge-jonathan-morris-for-leaving-the-priesthood/

It's sad because he went into the priesthood knowing it was supposed to be forever. I thought transferring to a Diocese would take care of him but who knows. We've lost several in the archdiocese whose borders I live within, really lovely priests. In one case, his mom introduced him to someone and my understanding is he's marrying; he was laicized.

Being in the Legion would mess with anybody’s head. It was fairly obvious something was amiss when he abused the collar by appearing on FN.