WHY WHICH BRAND OF SELF DRIVING CAR YOU BUY MATTERS 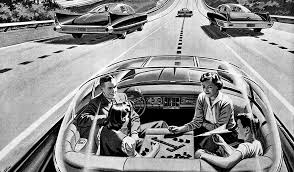 You Catholic faith has a lot to do with what self driving car you buy in the future.

Maybe ten years from now you are happily driving (well, riding) along, drinking you coffee and finishing up some last minute things as your car speedily scoots you along to your destination.  All of a sudden and in a way that could not be predicted, three people tumble into the street in your path: an elderly man, a pregnant woman and a well dressed middle aged guy.  There is nothing that can be done!  The car will have to hit one of these people while you drink your coffee or veer off of a cliff killing you, possibly some woodland creatures and possibly cause some pollution to the environment.

The decision is not made in a vacuum.  A computer does not make this decision.  All of the input comes from human beings and somewhere along the line someone programed a decision as to who will be sacrificed in the computer’s brain.  As it turns out the old man is a great senator, the woman would go on to be a terrible mother causing her child to be a terrorist and the well dressed man was on a job interview, that he didn’t get, and will spend the next 30 years living for free in his mother’s basement playing video games.  Does this matter?

Who gets to decide who gets hit?  Are you still morally culpable in any way?  What if you have to decide, before you buy the car, what moral standards you will use. 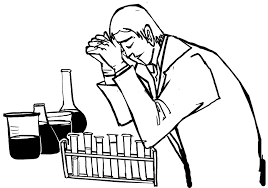 AND MANY MORE!  YOU CHOOSE!

Often the Catholic Church is accused of being anti-science (an illusion of which an honest historian will relieve you.)  Often the Church is just saying, “This is new territory and we should think about the moral implications before blindly going forward and ending up someplace we don’t want to be.”  Science, as is its current nature, wants to march on with what it can do (rather than, sometimes, what it should do) and wants to police itself (which we see how well that turned out in the Catholic hierarchy.)