FRIDAY POTPOURRI: BUT IS IT ART: MORE THAN THE EYE OF THE BEHOLDER 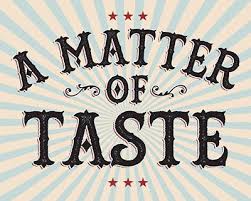 So the beautiful is not just matter of taste but a transcendental.  There are things that are fascinating, innovative, novel and maybe even pretty and which draws one in.  But does that make it beautiful?

Beauty is more than personal taste.  Beauty is beauty by its nature.  It is Truth and the Good made visible.  Thomas Aquinas adds these characteristics: integrity, due proportion and claritas.  It is something that draws one in.  It is also admirable: when one stands before that which is beautiful it is more than being attracted, it is being awed and enveloped, it is being inspired deeper into truth and goodness.

A few decades ago a Supreme Court Justice (Potter Stewart) in rendering a decision on hard core pornography side stepped defining it, a thing which he found very difficult to do, by saying, “I know it when I see it.”  But is it entirely subjective?  No, there are elements that must be present.  Is it entirely objective?  No, there are things that seem to have all of the right elements but just, somehow, fail.  Can someone be coached into seeing the beauty of something that at first did not strike them as beautiful?  Well, yes.  It may be called developing good taste.  Can one be fooled?  Oh, definitely.  Can something be beautiful without me seeing the beauty in it?  Yes.  Etc. 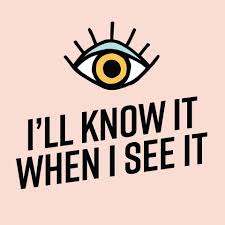 Like the building up of a good culture, could it be that beauty needs the collective experience of “the many” and time to be declared truly so?  (This helps rid us of the bias against, "I don't like the color blue," or "Anything to do with this politically correct topic/style is tops with me.)  Are critics and experts just pretty good predictors who have a step up on weathermen but who, similarly, are at times spectacularly wrong?  Could a ten million dollar “work of art” today be thrown in the ash heap of the future along with the thought, “What were they thinking?”  I think so.

Beware of the prophet that declares something beautiful too out of the norm and pressures you to follow suit (but be open to skeptically considering) and don’t be too quick to jump on board declaring something long thought to be beautiful to be destroyed because what might only be fashion has influenced us too much.  Beauty doesn’t get to be beauty simply because someone says so.  But a lot of human beings over a long period of times certainly have a defining voice. 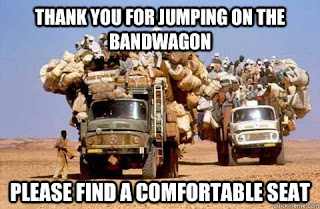 All of which makes judging art more difficult (but not completely impossible either.)  So the next question is, “Are art and beauty permanently joined at the hip?  Does a work need to be beautiful in order to be art?”

Father before Easter I asked what the symbols on your coat of arms mean and/or mean to you. I am sure that this was lost in the shuffle of Easter.