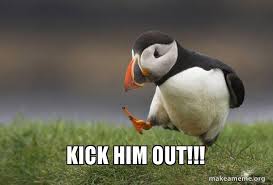 About ten years ago the Diocese of Cleveland changed from permanent pastorates to term limits.  I was on the committee to assist the then bishop in deciding.  I was less than enthused with the prospect.  As with most new new things (please, can we never have yet another new miracle method for teaching in schools that will be all the rage for three years and then never be heard from again) it sounded like a cure that would solve all of our problems.  The caution that I had at the time was that we were simply exchanging one set of advantages/difficulties for another set of challenges/difficulties and were we sure that we wanted this exchange. 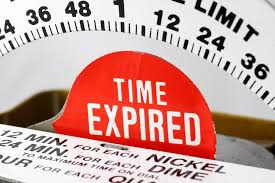 The argument for pastor term limits are quite good.  If there is a problem priest, there is a date at which canonically he may be removed.  (Despite what many people think, the bishop does not have the power, except in limited circumstances, simply to move a pastor at will.)  It also provides a chance for a priest who thinks that it is time to move to have a convenient way and date to do so.  So there is a lot more flexibility and ability to change things up.  It gives a bishop a lot more power to help a parish that is failing under a particular priest and in some ways it gives the people more power.  If they don’t like the guy that is their pastor, when the time comes for the priest to renew his pastorate, it is the opportunity for the bishop to say, “Maybe not.  Your people are revolting.” 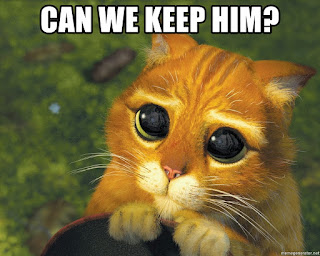 So why would there have been permanent pastorates in the first place?  (Chesterton warned against tearing down a fence unless you first know why it was there.)  The argument for permanent pastorates is quite good.  In an article in a recent First Things, the author listed some of the advantages to permanent pastorates.  The first is a certain amount of protection from punitive acts of a bishop.  It brings more power locally for a priest (and congregation) to say, “We will not do that here.”  (With term limits, there may be some fear that soon you will be moved to a difficult assignment for sparing with the bishop.)  There is more of a chance to develop long term relationships instead of the “father” of the parish changing every six years (making it a bit scary for staffs also.)

A lot depends on the people involved.  Will a term limit cause a man not to do some difficult work such a replacing an expensive roof or firing a popular figure who is working against the goals of the parish?  Will he tempted to say, “Let the next guy handle it.”  Or would permanent pastorates cause another man to say, “Nobody can touch me, I’ll spend my days watching T. V.?” 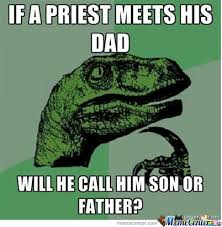 We seem to have stuck a balance in the Diocese of Cleveland (and a lot depends on the solicitude of the bishop who is sitting in the cathedra.)  We have six year term limits that are indefinitely renewable in theory.  So a problem pastor or a pastor who thinks he has run his course can be moved or move on.  Or, in theory, he could stay there for years if good still seems to be happening.

The best comment about people who are revolting comes from Mel Brooks' History of the World Part 1:

Count De Monet: I have come on the most urgent of business. It is said that the people are revolting!
King Louis: You said it; they stink on ice.

Thanks for the informative and thoughtful posting, Father.

It is very stressful to have a pastor, even one who is not ideal, leave, and then to have to wait indefinitely until another is appointed. And to worry if the new pastor is not a good fit for the parish.

Speaking for myself, I hope our current pastor never leaves. We had a period of about 6 months without a pastor (fortunately our fine parochial vicar took good care of us, but with two parishes, various organizations, the Newman Center, and a grade school, it was a lot of responsibility.)

Many of us from my parish and our sister parish took the opportunity to pray fervently, daily, and often for a good and faithful pastor, and who would like us as we are. We know full well, as much as we love our particular parishes, they are not attractive to potential pastors because we are poor, our buildings are aging, and other built-in problems exist. As God always does, He answered our prayers and gave us even more than we asked for - a good and faithful pastor, who is also young and joyful. I don't know how Father feels about us, but over the last 7 months I have yet to hear anything but grateful and admiring comments about the excellent young man who is our pastor. I guess we can breathe easily for the next 5-1/2 years!

I sense your parishioners feel the same about you, Father. We are indeed blessed with very fine pastors and parochial vicars here in the Akron area. God is good - *all* the time!

God bless and protect you and all the good priests who serve God and us so well - Sue from St. B

Fr V, I like the idea of 6 year pastors and maybe even longer. It's just like any relationship. You develop it, make it stronger, value everything about it and then, poof, they're gone ..... Pastors, for some of us, know every aspect of what we as parishioners are going through in our lives. I'd like to think that at my current time in life that my priest will be there, the one I've developed a fond respect and friendship for, will be at the parish I love and there to send me on my way when I'm called home! :-)

I pray you are not forewarning us of your leaving. I cannot keep track of where your are in your assignment here but my prayer now is that you will be with us for many, many more years.