IF SOMETHING YOU READ SEEMS OFF - INVESTIGATE! 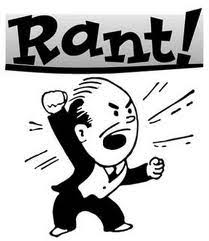 Don’t take everything that you read at face value even if it appears in the newspaper and is authored by someone who we are told, “is a professor of history emeritus at Northwestern University” and “is the author of ‘Why I Am a Catholic.”  Intelligence, wisdom and understanding are all separate gifts and simply because someone has a “high education” does not mean that they have a grasp on all three of these gifts or that all of their arguments are altruistic.

Such is the case with the editorial in Monday’s Beacon Journal by Garry Wills.  Even if someone might agree with his conclusion, his path to it was a strained one at best.  There are so many problems with this article that one post would not be enough to point them all out.  At least for today two will be pointed out. 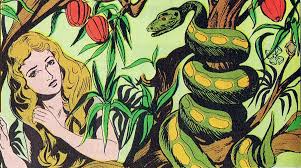 The first is an unneeded exaggeration to help make his point.  It is dishonest.  Remember when God said to Adam, “From that tree you shall not eat; for from the moment you eat from it, you are surely doomed to die.”  Gen 2:17.  Later, when speaking with Satan, Eve reports, “it is only about the fruit of the tree in the middle of the garden that God said, ‘you shall not eat it or even touch it, lest you die!’"  This is an exaggeration of what God said and makes God appear less reasonable and maybe even a little vengeful.  So when Mr. Wills says that the Church says, “You can be gay so long as you don’t do anything about it,” one must ask the question if this is really what the Church (and as Catholics we would ask is that really what Christ) says?  What it does say is that one may not have a sexual relationship with someone who is not your opposite gender spouse.  Is there far more compassion and room for living in that than the rather sterile and cold, “you can’t do anything about it”?  If a person really believes in the truth of their argument, then they should not need to rely on exaggeration or slights in order to make it.  It should stand on its own.  This is the first sign that Mr. Wills is not exactly confident of his theological position.

The second big area of difficulty is his understanding and use of natural law (which he labels as a “quaint theory.”)  Again, if you need to make light of something in order to make your point, you’ve already begun to weaken your position.

But here is where I am stuck.  I am not sure if Mr. Wills understands Natural Law so poorly that if he had a similar application in a term paper he might flunk the course, or if he understands it so brilliantly that he is attempting to misapply it so ingeniously in order to lead people astray.  He makes the misleading statement that, “the first biological use of an activity is the only permissible use of that activity.”  (Again, see the Eve problem above.)  This would mean then, that a married couple is not permitted to enjoy sexual relations, that they must only engage in it for procreative purposes.  This is “absurd” he says.  As proof, he says that if we truly follow Natural Law then eating should only be for fuel and we would no longer be able to eat wedding cake or drink champagne.  I would agree with him if this actually had anything to do with Natural Law or actual Church teaching.  Yet he uses this example to say, in essence, if you see that as absurd, then one could logically see the ban on sexual relations outside of traditional marriage as absurd.  But here, once again, he hurts his case. 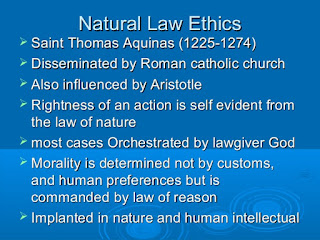 A married couple can enjoy sex.  There is a broad spectrum of activities in which they may engage.  They may, so to speak, eat cake and drink champagne.  What they may not do is eat things that are not good for them.  We are not permitted by Natural Law to eat road tar for the same reason a person should not put sugar in the gas tank of their car.  Neither should a person eat far more than they need for sustenance (that is called gluttony.)  Except in cases of emergency, we should not try ingesting food through orifices that are not designed for the intake of nutrition.  This is Natural Law, not the banning of champagne toasts. 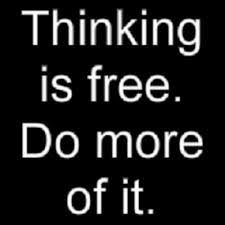 Mr. Wills did have some good points not the least of which is the unhealthy keeping of secrets that should not be kept.  But his arguments are so poorly concocted as to do more harm to his point than good - at least for those who are will not to just accept whatever it is that they are reading but to think well for themselves.
Posted by Fr. V at 9:02:00 AM