It is going to become more challenging to be Catholic I believe.  BUT I also think it is going to be a lot more fun - at least as long as you keep in mind that the Holy Spirit will do what needs to be done as long as we cooperate and don't think we will do it with our own clever selves.

There have been a couple of things lately.  One was the Gillette commercial and another was an article in the Akron Beacon Journal recently concerning the "Problem with Christian Schools" that on first blush seem to make some modicum of sense but something leaves the viewer/reader unsettled. If you feel that way, don't shake it off - delve into it.  Really find out what is nagging at the back of your mind.  Most often it is a subtle but vital bit of ill-logic.  It may not pop out at you at first.  But a bit of digging and prayer will help make it pop. 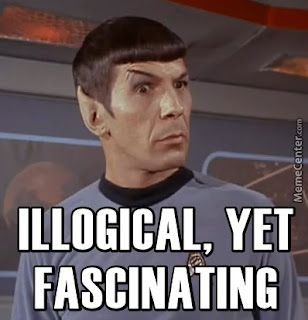 Once that makes its presence known to you - write down as if trying to assist someone else to understand.  Then be prepared to use it (with friends over coffee, on your blog, in a letter to an editor . . . )

The article in the ABJ, for example, sighted what the Associated Press writer described as intolerance, Christian schools teaching things that are not tolerant of other people's ideas.  A person who began a hashtag movement thinks that because of this, Christians schools might need to be censored in some way (my words, not his.)  The oddity of this is that he wants to be intolerant of people he deems intolerant (not to mention he singles out Christian schools as the problem, not schools of other faiths - Jewish, Muslim & so forth, not private schools, not home schools, etc. . .) which gives the appearance that there is more going on here than just a discussion about tolerance.

So I wrote a terrible letter to the editor of the ABJ, let it sit for a while, went back and wrote a better one and sent it in and they were kind enough to print it.  Thank you ABJ.  Here is the letter:

Sunday’s article, “Hashtag stirs debate over Christian schools” brought up a very important point.  The author is concerned about those who would, “breed intolerance toward people with a different outlook.”  Oddly enough the solution seems to be to do away with those who have a different point of view than he.  There also seems to be a particular bias against Christian schools as there was no mention of other faith based schools or even the difficulties occurring in our public schools.  Does this not go against the very tolerance the author desires? 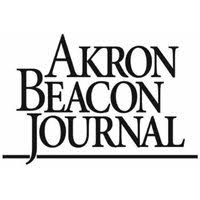 Perhaps it is that there are certain aspects of non-governmental schools over which he would like ever more government control.  This is a fine thing as long as you have a benevolent, efficient and intelligent government that happens to agree with you.  But what about when that ruling body turns against you and what you believe?  Then where do you turn?

Thank goodness we have a variety of educational institutions in these United States from public schools, to private schools, religious schools, to home schooling.  They keep us diverse and allow us to tackle problems creatively from multiple paradigms.  Though there are troubles with each of these ways of learning from time to time, doing away with one or the other of them or forcing them to bend to the will of a government is not the answer in a free nation.   We should celebrate tolerance and diversity.  We do not accept lack of choice for our political candidates, in our news sources or for a brand of aspirin.  We should not accept it in our educational choices either.

Very well-stated, Father. The Holy Spirit did a great job in fine-tuning your own "terrible letter."

Awesome letter!!! Thank you for writing it.

I had read it in the B-J and was surprised they published it. Isn't it peculiar that all these liberals who scream "intolerance" at everything and everybody,turn out to be the biggest offenders? Thanks again, Father, for your courage and for being our pastor.

Very well written, we appreciate you digging in on our behalf!! So thankful to have you as our pastor!