TUESDAY QUOTE OF THE WEEK CDLIX

QUOTE II:  "It is. of course, part of that modern morbidity that insists on treating the State (which is the home of man) as a sort of desperate expedient in time of panic.  This terrified opportunism is also the original on the Socialist and other schemes."  same source

THE 13TH ANNIVERSARY
OF
ADAM'S ALE! 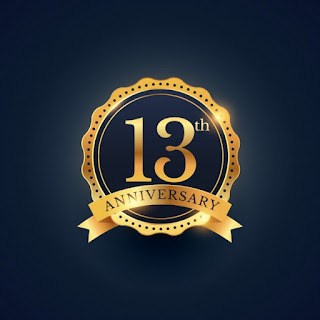 Thank you for sticking around.  Special shout out to those in the top 3 places after the good ole' U.S., Russia, France and Germany.  And coming in at 10th is the Netherlands which means more than it once did since I took the DNA test and found out that I am supposedly 17% from this area.  (Who was traveling in Slovenia and decided to stay for a while on my Father's side????)  If you are reading this I am sending out a prayer to you.  God bless!


Just before leaving on vacation I was walking the dogs in Schneider Park and saw the bell tower lit up like a golden beacon for West Akron.  Glad I had my phone on me to share it with you. 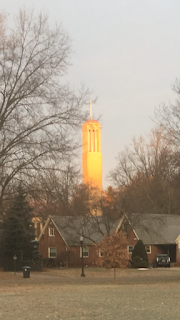