Saturday started off inauspiciously.  I was walking the dogs in the morning and Marcy, who just dropped off some groceries at the rectory, hailed me from across Schneider park: 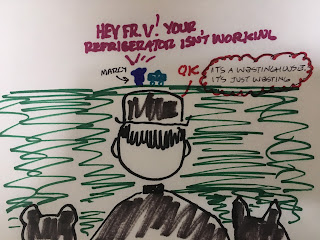 WHY do these things always happen on the weekend?  WHY?  Our maintenance guy said on Friday that he was looking forward to having a whole weekend off so I was not going to call him in.  We would find a way to deal with it ourselves - helpless as we are.

Unfortunately it was a very busy weekend and the project of the refrigerator would have to wait until later in the day.  That meant that when it was time for lunch, careful calculations had to be made so that the door would be open the least amount of time possible in order to retain as much cold air as possible. 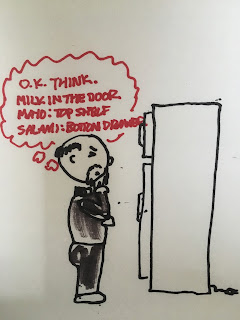 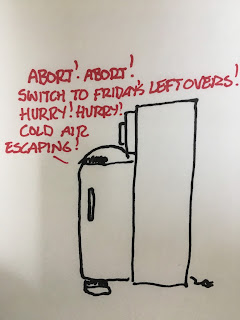 Friday's meal was DELICIOUS (thank you M.W.) and it was an emergency situation so . . . 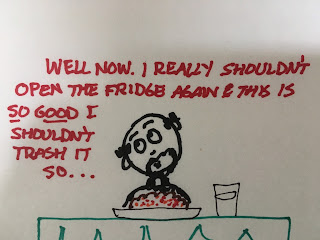 So, yes, I ate the whole thing.

Finally, everything with an immediate deadline was completed and so it was time to address the problem of the refrigerator.  I went to go tap Fr. Simone on the shoulder to help but encountered him running frantically through the house: 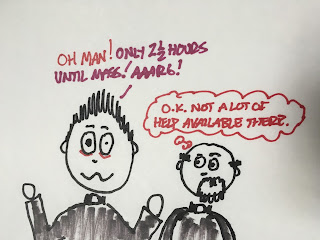 So he was stressed and I thought to leave him alone until I figured out a solution to our problem and  so use his time as efficiently as possible.

I checked the breakers (fine) and made sure everything else that plugged in was working (they were.)  What now?  There is another refrigerator in the basement of the rectory.  So at the very least, with the help of some boxes all the food could be taken downstairs and stored there, other things could be thrown away, and I gave the dogs all of their refrigerated treats so we wouldn't have to deal with them.

Then I thought (not knowing a lot about refrigerators) before I get too much more deeply into this, I better pull the beast out and make sure that there isn't a fuse or a breaker or a switch on the back of the refrigerator that just needs to be flipped. 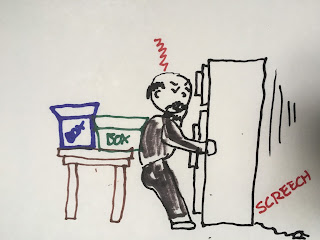 And that's when I made the discovery. 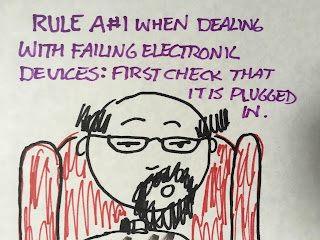