TUESDAY QUOTE OF THE WEEK CDXIII 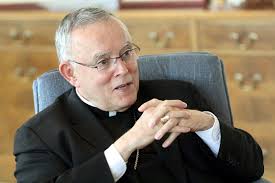 FINDING TRUTH WHEREVER IT MAY BE FOUND:  "A young woman friend of mine complained recently that many of her age-cohort peers don't have romances, passions, or lovers.  They have relationships.  Lewis's devil Screwtape would have probably felt her pain.  He yearned for the taste of a really great adulterer - a Renaissance libertine of character and sprit, capable of sinning heroically - instead of the cramped souls of the modern age, almost too insubstantial and pathetic to be worth damning."  from Archbishop Chaput's "Strangers in a Strange Land"

QUOTE II  "And what about chastity?  It's a basic truth of Christian discipleship.  And it does not mean, 'Sorry, no sex for you.'  Rather, God asks us to live our sexuality virtuously according to our calling."  same source

L. G. sent in THIS article written by a religious education teacher about why she thinks that her students won't be Catholic when they grow up.

"Why You Should Pay Attention to Your Manger Scene"  Read more HERE. 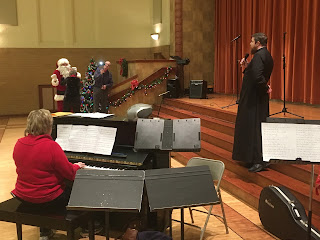 There have been a number of discussions with local priests as to whether attending a late Mass this Fourth Sunday of Advent would constitute attending Mass also on Christmas (or visa versa.)  The answer is, "No."  HERE is one article and MW sent THIS ONE in yesterday.

MW sent in the 5 and a half minute video on Gregorian Chant at an seminary in the United States.
Posted by Fr. V at 7:12:00 AM

You aren’t going to like this, Father. But I will likely never put my children in a religious education class. It is FAR FAR FAR too important to leave in the hands of any school, even a Catholic one.

If priests taught the class, I might reconsider. But that’s unlikely to happen considering the state of priestly vocations. So if a member of the laity is going to teach my child it will be me. I am the one who was on my knees praying for my child’s salvation as soon as I knew she existed.

This isn’t intended to be an insult, it is just too important to outsource.