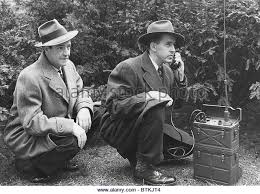 At some point during this period the adults had their own fun.  The men did anyway.  There was a “Turkey Raffle” during which time, in a back room, there was a high stakes poker game.  Mr. Yahner and Mr. Martucci were working in the kitchen providing dinners for the players.  Apparently the Federal Bureau of Investigations caught wind of it and prepared to raid the parish game.  The two men sensed that something was up and casually walked out the back door and mingled with the people in the parking lot missing out on the actual raid.

It was quite the sensation appearing in the Akron Beacon Journal.  And thus ended the annual “Turkey Raffle.” 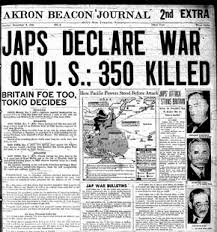 The war in Europe raged on and America’s effort to stay out of the entanglements of the old country were weakening.  Then came the bombing of Pearl Harbor and on December 7th and the United States entered into World War II.  The effect on the parish would be great.  Three hundred and twenty two of her men and women would go to fight in the war.  Fr. Murphy became an army chaplain in the South Pacific.  There was a collective holding of breath to see who would come home.

Another event that year would later effect the parish, but nobody would have known it then.  Father Charles Byrider, who would later become the second pastor of the parish, was ordained to the priesthood.
Posted by Fr. V at 5:16:00 AM