GET RID OF "THEM" 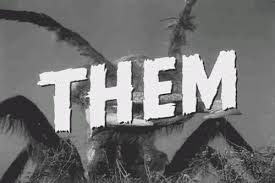 A few years ago it was obvious that the Catholic Church should get rid of celibacy because it led to sexual abuse.  With the latest round of sexual abuse in news, sports, entertainment, and politics (and there are some other major areas that have yet to be tapped,) to what should we attribute it now?  Should we get rid of politics and entertainment?  Should we get rid of men?  Most of these people are married, should we rid ourselves of the obvious scourge of marriage?  Maybe we should level the playing field so that nobody has power.  (But of course, then who would have the power to enforce that?)  On to what bandwagon should we all jump this time?

May I suggest one?  How about the bandwagon that says all humans have inherent dignity, endowed by their Creator with certain unalienable rights.  It is when we start chipping away at the eternal worth of any human soul that all people’s worth is damaged.  If I am willing to put the child in the womb, the criminal, the sick and elderly to death, then I too have decreased in value as the bar for the worthy has been raised against me - I come closer to being the person to be used by others for their own end. 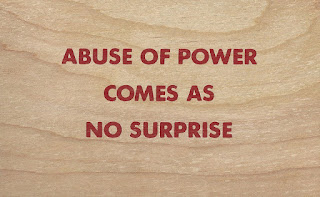 We need heroes and role models; saints and stars.  But we cannot place them on so high a pedestal (and the rest of us so low to the ground) that they can use that glory to dazzle the eyes of those who gaze up that them, blinding them of their own dignity and allowing themselves to be mistreated.

There is no lifestyle (married, single, divorced, celibate, etc) that causes someone to be an abuser.  There are people with power who are abusers regardless of their lifestyle.  These abuse scandals are an alarm that we all need help in becoming a healthier culture, not a bunch of irate and blind finger pointers.  It is the sin we will not tolerate from anyone.
Posted by Fr. V at 8:05:00 AM

In regard to the need to have married priests in order to eliminate sexual abuse, we must consider that anyone who engages in abusive behavior has a character disorder, to say the least.

So . . . would I want to marry a man (or a priest) who has a character disorder so that he would not abuse others sexually? Would I want my daughter to marry such an individual?

Abusers need help, not "marriage," to overcome their flawed character.