"ONE OF THE WORSE CASES WE'VE SEEN IN A LONG TIME"

When a woman wants to marry a man, she should check out to see how he treats his mother.  That should give her some clue as to his character.  At least that is the theory.

If that is true, it might be divined that you might be able to tell how a country treats it’s most vulnerable citizens by how it treats its animals.  And recently a young Akron man was sentenced under a new Ohio law that makes cruelty an to an animal a felony.  A pet cat relieved himself on him and scratched him and then he threw the cat against a wall so seriously injuring the animal that it later died.  Since it was his first offense, he avoided serving six to twelve months in jail.  The judge gave him a suspended 9 month prison sentence with two years probation during which time he, “must stay away from and not possess pets . . . undergo assessments for anger management, mental illness, and drug dependency, remain drug and alcohol free, and have no contact with his former roommate.” 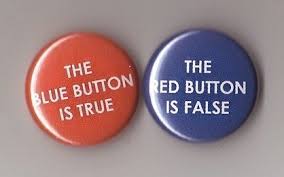 All this sends a clear signal that we will not tolerate cruel treatment of our animals.  The judge said that the defendant’s actions, “led to a death in one of our most vulnerable populations.”  These are lives entrusted to us, who are dependent upon us, who have no voice, no vote, few rights, and who are almost completely dependent upon the beneficence of humankind.  It is unconscionable that we should have been given such a great responsibility and then to be the agent pain and death.  So we have legislated morality to make sure that careless, thoughtless human beings will stand up to the task of caring for vulnerable animal life while at the same time having protected rights and even government assistance when needed to do away with their own children in the womb.
Posted by Fr. V at 6:37:00 AM

I pray for this country everyday. It is disheartening to read and/or hear news consistently off base with basic morale principles. I just want to crawl in a hole sometimes. This is not the country I defended for 21 years.

More than ever, we need the intercession of Our Lady of Guadalupe. On her Feast Day (December 12) remember to say a rosary in solidarity for the unborn, for an end to abortion, for dignity at the end of life, and for the expiation of sin.

Thanks, Father, for pointing out the irony of a society that supports humane treatment of animals while ignoring the plight of pre-born human beings:


" . . . These are lives entrusted to us, who are dependent upon us, who have no voice, no vote, few rights, and who are almost completely dependent upon the beneficence of humankind. It is unconscionable that we should have been given such a great responsibility and then to be the agent pain and death."