A very generous couple donated an industrial grill to the rectory this past weekend.  They knew that there was a priest and seminarian gathering coming up over the weekend with about 40 people and that our current gas grill only had room for about 2 burgers at a time.  So on Friday afternoon there appeared a crate under the walkway between the rectory and the school about the size of a garage for a Mini Cooper.

Inside that box was one hundred little boxes and set of moderately intelligible instructions.  I thought a grill would have two pieces - the bottom and the lid (and maybe some legs.)  Nay nay!  I think we were about two pieces short of being able to build a space shuttle. 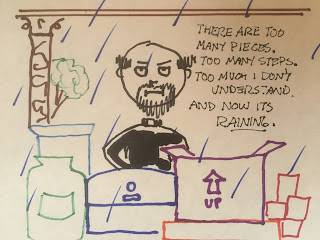 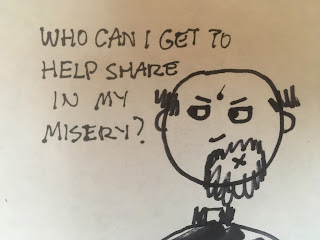 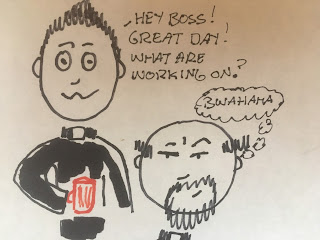 So I snagged Fr. Anthony into the tangled web of misery and we went at it.  I grabbed the instructions and barked orders:  "Tighten that screw!  Get this piece!  Out of my way!"

I should have known better.  As a priest I know things such as hanging wall paper and putting Ikea furniture together has led to more divorces than the first three cardinal sins combined.  Then this happened: 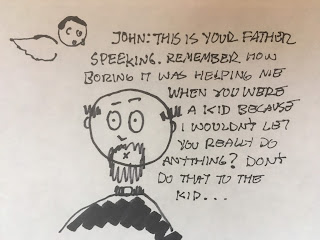 *sigh*  It was true.  My Dad liked to have us help him but it largely consisted of holding the flashlight and just watching.  And he kind of liked keeping any process solely in his mind too so often we hadn't a clue what was going on.  So it was time to change tactics and so assembling the grill became a team sport.  A THREE HOUR TEAM SPORT.

But the results were worth it. 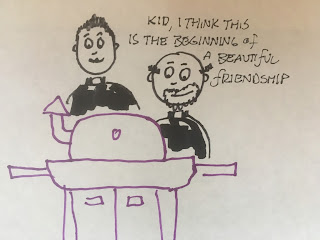 Short of my faith and my family, I don't think I've ever been as sure of anything as I am that the cartoon of you maniacally laughing under your breath and Fr. A holding a, um, "soda," needs to become the image on the podcast for the near future.

Great idea Chris! Except I think that one has a grammar mistake in it…