WHAT IF WE SERVED FREE BEER? 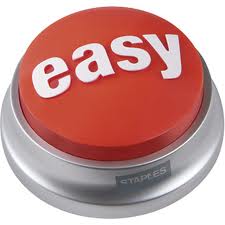 So a group of priests were talking about the Triduum services – from Maundy Thursday through the Easter Vigil.  One thing lamented was that there were not more people at these various celebrations.  (Apparently we were a bit better attended than many other parishes for these specific events.)  So the conversation turned naturally to what can be done to increase attendance.  Some of the suggestions were to adjust the times.  7:00PM was too late for Thursday, 3:00 is too early on Friday, and the Easter Vigil (in our diocese it was decreed that we have this Mass at 9:15) was too late.  All of the times should be adjusted in order to make them more convenience and therefor more attractive.
The Easter Vigil was critiqued for being too long which exacerbated the problem of it starting rather late.  Also Thursday and Friday were too penitential and Saturday was not celebratory (or relevant) enough.

“If we begin the Easter Vigil before it is night out will anybody go to hell?” was put forth.  Well, no.  At least not for that reason simply.  But then again, why do we do anything?  What if we didn’t make the Sign of the Cross with holy water in the way into church?  Would God consign the Church to hell for no longer doing this?  What if we bowed instead of genuflected before the Blessed Sacrament?  Will Divine Justice want us to suffer the eternal fires of hell for this?  What if the priest faced sideways instead of facing the same way or confronting the people?  None of these would bring on eternal damnation.  But we do these things just the same and sometimes it is damn inconvenient.  But people in love do things that are damn inconvenient, extravagant, and sometimes silly by a practical standpoint. 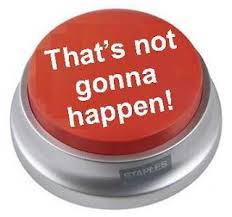 Granted that we do not want to put anything too taxing in the way of celebrating the mysteries of the faith.  Conversely we don’t want to make the practice of the faith trivial.  (If you have time and nothing else more important to you is happening, consider, maybe, coming to Mass.)  As one of the priests present (later) put it, “I don’t want it to be more convenient for those who were not there in order to make it so that they come and keep looking at their watches considering when they might escape.  Like Midnight Mass or Thanksgiving Day Mass, only those who really want to be there are there.”  All true love is sacrificial.  If you want assurances that you will be out in under an hour at a convenient time, come on Sunday.
This is not to put down the Easter Sunday goers.  You are there!  Sad are those who cannot bother to celebrate and thank God with their brothers and sisters at all.  It is for this latter set that it seems we always want to make concessions to at least get them in the pew.  But how many concessions can one make before you have nothing grand to say?
Posted by Fr. V at 12:42:00 PM

But Faaaather . . . those of us who come to the Triduum like being able to get a seat . . . can't we evangelize the other 362 days of the year? Please? Please??

Lessening things so people will come isn't the answer. Teaching people why, and making sure the days are special will help them come.

We were full Holy Thursday, Good Friday, Easter Vigil and all Masses on Easter Sunday. We added three Masses on Easter. Thank God the priests were healthy (one has cancer, please pray for him). Many who came Good Friday came back in the evening for our Triduum (over 400 people, it was our fourth year and the largest group yet). Thursday, Friday and Saturday mornings we had morning prayer - with between 150-200 each morning. Stations on Friday had at least 200.

It was an incredible Triduum.

Free beer would definitely be a draw for some! :)

Just keep offering what it beautiful, holy, rich, and lengthy and those who thirst for it will always come. Maybe not in droves... but they'll come. If pastors dumb it all down, it's not going to be one bit more attractive to those who revile it now. It will just be slightly more tolerable to sit through. Maybe.

Learning to embrace and cherish the beauty of the liturgy is slightly akin to learning to love reading Chesterton. It can take a lot of time and hard work to get to a place of interest, appreciation, comprehension, and finally... delight. One soul at a time. Don't be discouraged.

I'm trying to imagine a church not packed during Holy Week. Failing. Unless the parish is downtown where lots of people work but few parishioners live, I don't get it.

Get people excited about the Triduum services, and they will be excited to show up.

Couldn't have been more blessed by the beautiful, solemn, and celebratory way St. Sebastian did the Easter Vigil, with lots of attention to detail!

Something to consider is that the concessions that might make these sacred liturgies more tolerable for those who less-inclined to come, would come at an inevitable cost to those who love the fact that we pull out all the stops to observe and celebrate the Triduum.

The more I learn about the meaning of every little detail (in considerable part, thanks to your blog) the more I appreciate the attentive care given to those details, and am disappointed when they are not present. (Sigh, in the end, knowing this stuff becomes both a blessing and a curse!)

You have hit on something of a sore point with me, and thank you for addressing it. I didn't have a problem with the Triduum services at my parish, and I attended all of them. They were very beautiful and I appreciated it all very much.

However, at my parish during Lent, ALL the devotional activities (confessions, daily Mass, adoration/exposition of the Blessed Sacrament, informational talks on the Faith, stations, and Divine Mercy) were crammed into a very narrow wedge of time in the middle of the day on Fridays, between 11 AM and 4 PM. No one who wasn't retired, unemployed, or able to leave work for any amount of time could attend anything. Even the school children and university students were left out, as well as those of us who work all day. It was a very rich offering, but only for a very small contingent of parishioners and visitors. The rest of us had to do without, and when I asked a parish council member and my pastor why at least some or any of the activities could not be done a little later, I was told to go somewhere else, which was not reassuring.

I was very grateful that your parish offered Stations and Exposition in the early evenings on Fridays, as well as confession. I am still unhappy and find it pretty devastating that there is nearly no opportunity for anyone who works during the day to attend daily Mass for pretty much a 30-mile radius of Akron. I think many of the laity would like to attend daily Mass and devotionals, but there is just no accommodation for us. How are we to do God's work without the sacraments? I guess we should not be so loyal to doing things at our own parishes, and just go somewhere else, as I was told.

I think that Jennifer actually hit on a good approach, "evangelize the other 362 days of the year".

It would seem that what was being discussed among the priests could be more broadly defined as extending participation by more and more individuals in each parish, in general, not just over the course of a few days.

I've personally found that Eucharistic Adoration is an excellent entry point for deeper involvement beyond Sunday mass. But the answer is different for so many different people. Certainly, persistence is key. And it seems that part of the answer will be related to your earlier blog post about getting the families of Catholic school students to attend Sunday mass.

Organising services around those who don't want to go is often at the expense of those who want to.
Which means that the ones who want to be there get disheartened and despondent.
Better if the ones that don't go to Easter services are taught from the pulpit(if they attend Sundays at least) Why it is their benefit to be there.
In merry old England, my kids spent Holy Week in School, and the the same "Catholic" school didn't even take them collectively to church for some Easter catechesis awareness thereof...
YEs, pass the beer so I can cry into it!:-)