WHAT DOES BOSTON TELL US ABOUT OURSELVES?

I will admit to having a difficult time processing the events associated with the Boston Marathon tragedy.  It feels as though something will be revealed pointing toward the whole thing being a terrible mistake, but I know that this is not the case. 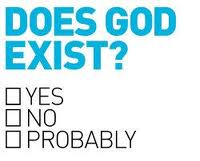 Equally confusing to me is the nation’s reaction to the bombing.  What does a government do that seems to be wanting to shuck all connection to religion do in the face of such tragedy?  Does its congress close its session with prayer?  Does its president thank priests for opening the doors of their parishes to those who are lost and confused in the affected area?  For that matter, does NPR interview the Episcopal bishop of Boston about the good work the local churches are doing in the wake of the bombing?  For that matter there are all kinds of public displays such as flags flying at half-mast and every event is being dedicated after a moment of prayer to the victims of the Boston bombings from Dancing with the Stars to professional baseball.  What are they doing?
If God is taken out of the picture, what do these gestures mean?  If we are simply pausing to remember, or to unite ourselves with the people gathered in Boston, it amounts to not much more than the rally cry, “Remember the Alamo!”  We will not forget because it will not happen again.  We won’t let it.  And part of that is not forgetting.  If there is no God it can result in little more (ultimately) than remembering to send help to those we like and wreak revenge on those we don’t. 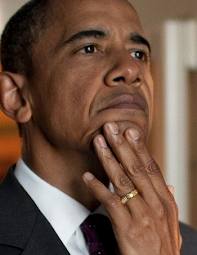 But of course, that is not why we ultimately do these things.  Not unanimously, but as a people we are reaching out.  And like the atheist who is in crisis when he is truly thankful and has nobody to thank, what do we do when we pretend not to be “one country under God” and we need somebody to whom we turn?  We could turn to a president, or an armed militia, or the police and cry out, “Save us!  Repay our enemies!  Bring us peace!”  (Is this how the Caesars became deified?)  But can they bring meaning to these events?  Can they bring hope?  When we need consolation, when we need pulled out of ourselves and our fears, when we need something to do, someone to whom we can turn, when we need someplace to go, we drag out God like a neglected parent that only gets a call when we need to borrow money.
Or it may be, that at our heart, we are still a nation that believes in God even when we don’t want to.

Email ThisBlogThis!Share to TwitterShare to FacebookShare to Pinterest
Labels: Existence of God, faith, Witnessing to the faith

When I had major surgery, a co-worker said that she would be thinking of me that day. She was very kind to show her concern in the only way she knew.

But how do I take comfort that I am in her thoughts? Am I someone who needs the attention of other people in order to feel good?

Someone's thoughts don't have the same power as someone's prayer for me when I am in trouble.

I can't help but draw a connection with the Gosnell trial which the media is trying desperately to ignore. We cry and rant and pray and stand only when we have to SEE the suffering, dismemberments, and blood of our fellow citizens. We cry out about the horror of Boston because it disturbs our sensibilities and makes us afraid for our own comfort and well-being. That is a negative view of humanity, I admit. But this same week, human children are having their legs and arms and heads torn off while they are still living. In our own communities. And we do not cry and mourn and rage and rally and lower flags.

If people really do begin to look to God in these times of national crisis, is it because we seek comfort for the suffering... or because we our afraid for our own skins? This is a good time for that kind of introspection.

You mention the empty gestures of a nation. Indeed. We cry "save us!" and what we mean is "save ME."

Gosnell is ignored in the media but Boston bothers us and will dominate for months. A heck of a lot more people died brutal deaths under Gosnell and his cohorts than in Boston. The evil of each has the same source and both are profoundly disturbing. But where is our righteous anger and prayers to heaven when the bloody mess is hidden from view?

Can you imagine this headline anywhere in america? "Twenty children died today when a man severed their spinal cords while they were alive and stuffed them into bags."

If that reality doesn't move us, what in God's name will? Ah yes, Boston moves us.

Pray for Boston. Pray for America. We are the ultimate hypocrites. If we mean it when we mourn and weep for those at the marathon, then we will live out that recognition of the sacredness of life ALL the time. Otherwise, we are just kings and queens of empty drama.