On Friday I woke up and thought about how close we were getting to June when Fr. Pfeiffer will be moving on to his next assignment.  We have been working so hard lately that we haven't been able to spend much time together. 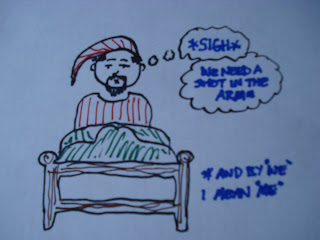 So I decided that we were taking part of the day off. 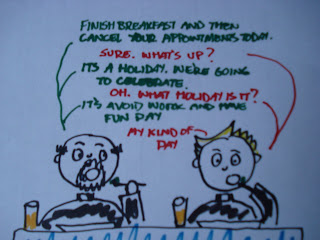 
But we wasted another 15 minutes discussing the merits of heading north or south.  Finally we flipped a coin.  North won. 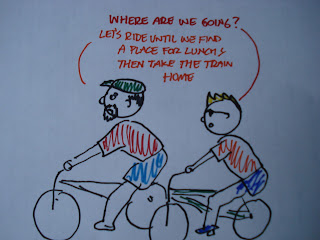 The idea was to take a good long ride, get lunch, and then take the train home.  This would get us back well enough in time for our late afternoon appointments. 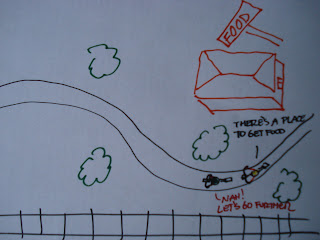 So we rode and rode even though our legs ached as well as the "beginning of the season on a very hard seat" problem that occurs every spring. 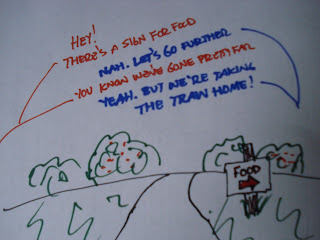 Secretly I wished that Fr. Pf would give in and say he wanted to stop absolutely.  But he never did so I kept pushing us on. 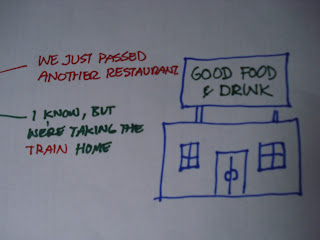 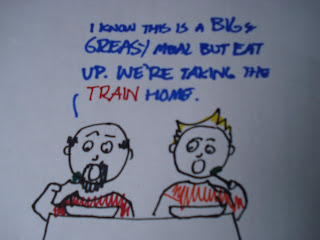 Actually I was going to be good and have a very healthy lunch but there was a mix up in the kitchen and in addition to my healthy lunch, they brought us an extra greasy, extra heavy lunch at no charge!  So we had twice as much to eat as we anticipated.
Now it was getting late so it was time to get to the train station. 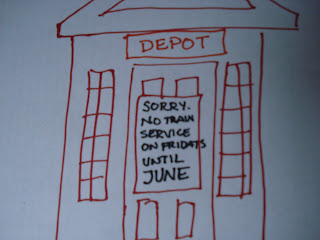 But of course, you saw that coming didn't you?

Yes, I missed an appointment.

Yes, it was my fault.

Yes, we practically crawled into the rectory.