GIVING THE DEVIL THE BENIFIT OF THE LAW 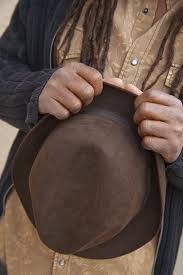 First, I come before you with biretta in hand, to give praise where praise is due.  I do not think that a newspaper (or any news outlet) is good only if it agrees with me, but is good if it informs fairly on all sides.  (A tricky thing to do when you have your own personal beliefs as an editor and you have to make advertisers happy I realize.)  So after yesterday’s rant, I must offer praise to the Akron Beacon Journal for printing another Letter to the Editor in today’s edition written by the Rev. David Durkee, our fair neighbor to the south, that gave a more thorough view of what took place in Washington D.C. this past week and the titled it, “A Message of Life.”  Kudos to you.  Both.
IN OTHER NEWS: 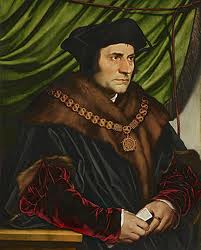 A while back another article appeared in the paper in which the author, in a passing way, made reference to Scientology (of Tom Cruise fame) and said that it was a fraud and an abuse of the laws of this country that protect religion.  That may or may not be the case (I have no real idea only having a shmattering of an insight about Scientology.)  But we must be careful about deciding who should be afforded benefit of the law.  If they have not broken the law, even if we very much disagree with them, it is dangerous for us to say, “But they are undeserving of this law.”  That may be true.  But what recourse will we have then when a large group of people (we see this happening already) decides that we are unreasonable and that the law written to protect us should not apply to us?
Said much better, here is some dialogue from “A Man for All Seasons” in which St. Thomas More is engaged in a conversation with idealistic young man named Roper who would have another man arrested who has not yet broken the law.  (Wife and Daughter are More’s)

Good to hear that the Beacon was willing to publish a letter that balanced the bias in their reporting, and better still Fr. Durkee went to the trouble of writing the Beacon!

I found Fr. Durkee's letter on the Beacon website, and he did a great job of characterizing the beauty and power of the event and putting in a plug for goodness and truth!

The Law is fulfilled in Love.

While Cardinal Dolan and Archpishop Lori have sounded the alarm on the immorality of keeping our old health insurance under the new system, Pope Benedict XVI, with the new articles of Canon Law, has given us two very good options: (1) Collaborate with one of the three Protestant health-sharing minsitries, or (2) Form our own "parish-based minsitries."