I have often argued that priest-in-training should have to take something of a home-ec course.  Learn to the do the basics - laundry - ironing (at which I am particularly horrible) - how to sew on a button (I can fake that one as long as nobody sees the underside of the button) and cooking.  Gads we are bad at that.  Most priest with whom I speak agree that if somebody didn't make us food now and then our entire diet would consist of cereal and salami sandwiches.

The other day we did not have any prepared food and trying to show that we are independent and capable men we decided to cook for ourselves.  Not just peanut butter and jelly sandwiches - we were going to cook! 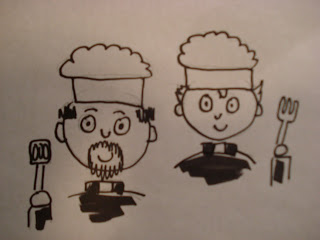 So we got out our favorite recipe and the ingredients: 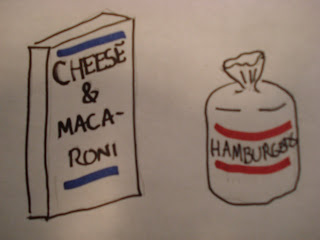 Yes!  Cheese and macaroni (with extra dairy products added) and chopped up bits of hamburger and any other left over meats we might find.  This is the American version of Shepherd's Pie.  (Don't knock it until you try it.) 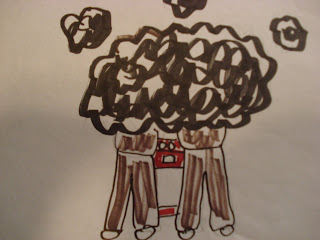 Unbeknownst to Fr. P I spied a pie and some ice cream in the freezer.  "Later," I thought to myself, "I will surprise Father with a grand desert of warm pie and ice cream to top off this most excellent meal." 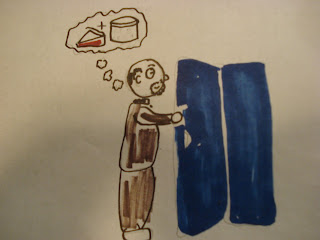 And so we began the feast. 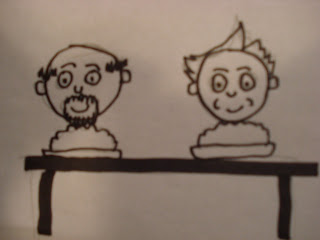 The ice cream that we had forgotten about was made by parishioners.  I thought we had finished it all off a long time ago but I guess we hadn't.  It was, unfortunately, frozen solid.  a blockade of ice had formed on the top and it was impossible to scoop. 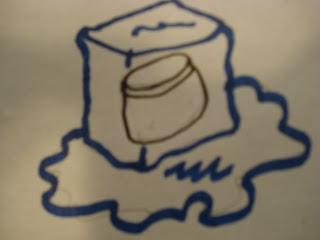 While Father P waited patiently I stuck the tub in hot water which made little dent.  Putting ice cream in the microwave seemed extreme but we had to get things going. 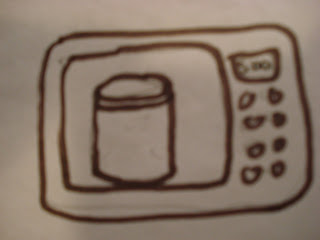 Finally it thawed enough to serve and I proudly walked into the dining room with desert fit for a such a satisfying meal.  Pie with heaping, frozen mounds of ice cream!  (I can be a good pastor from time to time.) 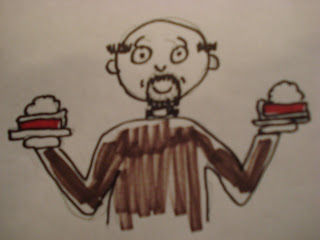 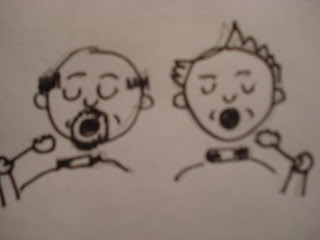 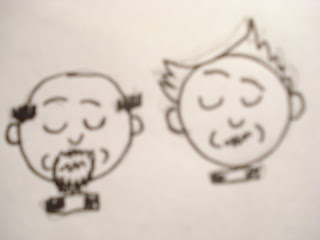 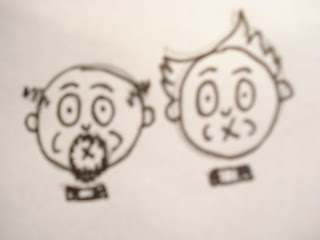 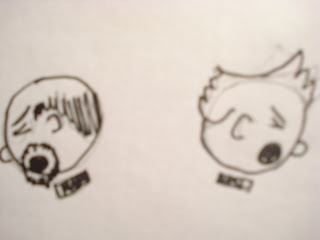 As it turns out, frozen mashed potatoes look a lot like old, over frozen ice cream.  Furthermore mashed potaotes do not taste good on pie.
Posted by Fr. V at 7:04:00 PM

Once again your comic strip has left me in stitches. I take it the "ice cream" didn't start to smell like mashed potatoes as you thawed it, huh? By any chance are you among the ranks of the smelling impaired, like my husband, and are simply an innocent victim who never saw, err...smelled, the pie au gratin incident coming?

Interesting. Most of the priests I know in the diocese of Columbus are pretty enthusiastic and accomplished cooks!

That's why you have rectory cooks.

Note to self: from now on, mark rectory deliveries of ice cream as "Ice Cream. Not Mashed Potatoes."

OH to be a FLY on YOUR wall! Thanks I needed the laugh today!

ROFL!! You know I always tell the males in my all male household - I keep you guys around for the amusement value!! Thanks for helping prove my point ;-)

ROFL, I love your cartoons. Any possibility you could hire a housekeeper?

I love these comic strips... You should syndicate them! The shop vac one was a classic!