There’s a good chance that you have been through the process of getting a new pastor. You have been invited, in most dioceses, to have some input into the type of

priest that you want. But let’s be honest, there are only so many priests out there these days and so the gulf between what is wanted and what is available can be pretty wide.

Interestingly enough it works the other way also. Priests look to the parishes to which they would like to be assigned. In the way, what people ask of a new priest (would they be happy of Jesus Himself were to become their pastor?) priest have their own similar views of what they want in a parish. It may vary slightly from priest to priest, they hope that there is a school or really hope that there is not one, they m 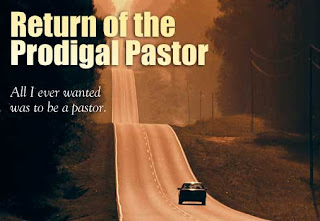 ay hope that it is a beautiful old church or a sleek modern one, but they all hope that there will be no debt, plenty of money in the bank, few troubles, lots of hope for the future, solid buildings, lots of help, in a safe neighborhood, with a great choir and plenty of happy, well balanced, helpful folk. (Would they be happy if they were granted the great St. Peter’s itself?)

The process of being assigned as pastor is probably as mysterious a process to you as it is to the priest going through it. It is different to some extent from diocese to diocese. In fact, some places men barely ordained are suddenly thrust into pastorates – sometimes of even two or three places. We are fortunate in this diocese that a man still has about ten years or so of learning the ropes before being saddled with that responsibility. That time may even grow a bit as we contemplate the closing of some 40 parishes in the near future. As sad as that prospect may be, it will be beneficial in at least this: Allowing young priests more time to learn the ins an outs of priesthood before being sent on their own to take care of couple thousand families or so.

For me, the process began with a letter in the mail. It was from the Clergy Personnel Board and it informed every priest of the diocese that there were two men who were about to retire from their pastorates after many years of faithful service. Generally the letter lists the barest essentials about the parish such as when it was founded, of what the staff consists, what the demographics are, the financial situation and such things as that. Priests are then invited to submit a letter of application stating that he would like to be considered for the position.

That letter goes to the Clergy Personnel Board who make reply that the letter has been received. Eventually a phone call comes asking the priest to come before the board to,

in effect, interview for the position. Now this is were many priests (myself included) make a mistake. From this point forward, for very good reasons which may be explored later, the process becomes rather hush, hush. But how can you refrain from your friends and family, “Hey! I got a phone call from the Clergy Personnel Board asking me to come down for an interview”? If the process continues all of a sudden you must stop talking about it. Rather suspiciously no?

Fr. V., you can't just end it there and make us wait a WHOLE WEEK for the rest!

I hope you had a wonderful and blessed day!

maybe he is teaching us patience...?

maybe he is 'patience' personified, but most of us are not ... let's just get to the next part, OK?