YOU ALWAYS SAY MORE THAN YOU INTEND TO REVEAL 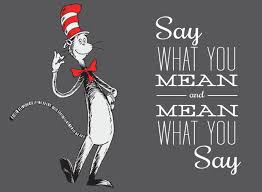 There is a saying that goes, “Better to remain silent and be thought a fool than to open your mouth and remove all doubt.”  When a person is not careful about their speech they can end up revealing much more than they intend.  It is part of the “why” behind the Gospel injunction to always be truthful and speak that which is Good, True and Beautiful.

Take today’s Gospel for example.  Jesus drives out a mute demon and his detractors say, “It is by the prince of demons that he drives out demons.”  In their carelessness in denouncing Jesus, they inadvertently bring Him some credence.  Notice that they didn’t say, “Nothing happened.”  Clearly something happened and they needed a way to discount it and so ascribed the miraculous thing they witnessed as being evil.

So first they inadvertently give great testimony to something that they themselves witnessed.  Then they reveal something about themselves in turn.  Jesus explains the weak logic of their argument and then says, “Those who are not with me are against me.”  Who is He?  God.  If one are not with God, with whom else can one be?  There is a lot of things being revealed here though an attempted deception. 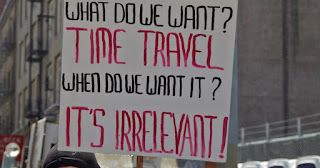 Something similar happened in the local newspaper recently.  In a letter to the editor this week entitled, “Stop the Hatred,” the author rallied against what she saw as growing division in the United States.  She wrote, “If you are an anti-Semite, racist or whatever else, bigotry is an equal opportunity killer.”  What is interesting here is that she takes a group of people (who by and large are clearly in the wrong from a Christian point of view) and separates them from the rest of the “good people” (My words, not hers) and then sort of sets up this “we good people” pointing that the “bad people” and berating them.  “What these bigots don’t realize . . .”  (To whom is she speaking?  People who who are not bigots?  Wouldn’t they already know this?)  While I agree with her premise that if we allow hatred of any group, we may, one day, find ourselves on the wrong end of the stick, her method for getting there is not to engage those whom she may desire to convert to a more loving stance, but to put them in a group and denounce them and inadvertently becomes, at least somewhat, what she hates. 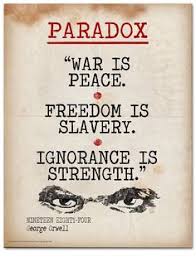 In another interesting article in the Beacon Journal this past Saturday entitled, “Planned Parenthood funding cut.”  The subtitle was, “Federal Appeals Court upholds laws ending flow of state dollars to abortion providers.”  The title and much of the writing is an enormous reversal of language normally used in the public media.  There was no mention of “abortion foes” (as opposed “Pro-Life Advocates” that those who promote life would prefer to be called) or the masking of abortion by the writer as “women’s health care” and in describing an abortion procedure the baby is referred to as a fetus not a mass of cells.

Is this, too, starting to reveal a change in popular culture?  Only time will tell.  It was only one article.  But it was published and makes one wonder what truths it may be revealing.
Posted by Fr. V at 7:50:00 AM