WHAT IS EVERYTHING FOR WHICH YOU ARE LOOKING FOR YOUR CHILD? 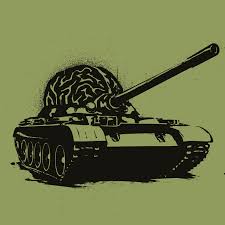 For example, many articles sited that, correcting for other variables such as socioeconomical backgrounds, there is no difference between private and public schools.  Time magazine would argue differently; that the study shows that it does make a difference.

But let us set that argument aside for a moment - even say that public and private schools would give the same student the same education for their background.  Is reading, typing and arithmetic all that there is to education?  What about forming the human person?  Is this exactly the same in both instances?

One of the reasons parents choose private education is to avoid what they see as indoctrination of their children into a cultural outlook with which they do not agree - stewing them in the latest political correctness rather than a longer standing understanding of what it is to be a good citizen of the world.  What some parents are looking for is more local control and flavor in a school rather than a system subject to policies that must be followed in all schools from rural to urban, from New York City to Wellington.

At a Catholic school it is possible to do things that are illegal in public schools.  Pray.  Go to Mass and confession.  Learn about religious history.  Celebrate religious art and music.  Discuss topics such as virtue and sin.  Hold students to a higher standard according to the path followed by saints who were scientists, artist, leaders, servants, rich and poor.  A place where we don’t have to pretend that it is not Christmas or Easter. 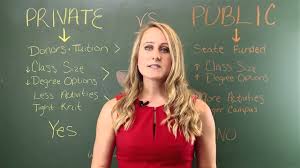 I would like to say that any one of these things were the primary reason people choose our school, but it is not.  In our school surveys, what turns out to be one of the greatest reasons people choose Catholic schools is safety.  They feel more secure with their child in a private school.

Maybe it is because there is more freedom to curb behaviors in a private school and an ideal toward which we are always pointing our students.  Maybe it is because the constant reinforcement (I hope) of duty, responsibility and charity rather than just rights and freedoms.  Maybe, just maybe this is why since the 1920s there has only been one shooting in a Catholic school, in the 1970s at Gonzaga University where 4 people were injured.  Maybe.

Is it just about grades?  If it is, go to public school and save yourself a bundle.  The cost of Catholic education is becoming untenable in many places because of everything they are expected to do (and it is NOT because the teachers are paid enough.)  But if you value something else and that aligns with what is being exemplified in your local Catholic school, that education is priceless.
Posted by Fr. V at 6:31:00 AM

Father, if you are looking for ideas on how to make St. Sebastian school great, I suggest considering a "classical" approach to education. A friend of mine was on the board for the renewal of St. Jerome's school in Hyattsville, MD, and they transformed the school from a debt-ridden Catholic elementary and middle school into a thriving classical school which focuses on truth, beauty, and goodness. The most important thing in education is teaching students how to think. Not stuffing their minds full of facts that they can spit back onto paper for a test and then flush away any remembrance of it for the rest of their lives . . but fostering a true spirit of inquisitiveness, a lifelong desire to learn and the ability to think well. Here is the article about St. Jerome's:

At one time I had the handbook that my friend helped write. If I can dig it up, I will send it to you if you are interested. Prayers for your school!

You are seeing that this whole education business is a tricky topic. Even "experts" don't have good answers and they rely on old notions with poor data for their plans for improvement.

I think many people send their kids to Catholic schools in their neighborhoods simply to escape the poor quality of the local public schools and only for that reason. I cite the poor attendance at Mass by the school families as evidence. If a specifically Catholic education was the most important thing to to them, they would attend Mass wouldn't they? The cost of a Catholic education isn't "that high" and making the trade-off is clearly worth it, especially for K-8.

What makes the local public schools bad is THE question isn't it? We aren't going to answer that one here, but we can explore what makes Catholic education great a little bit.

Our own Catholic educations were great because we had very well educated teachers, many of whom were brothers, sisters and priests. They taught with authority along with kindness and patience and we all knew it. Our teachers cared about us. They were living examples of high moral standards, real Catholic values and high learning. It showed then and it still has to show today. It was all "drill 'em and grill 'em" in the classroom, of course, which is not so much in vogue these days. Today you can emphasize STEM, STEAM, STREAM, whatever. . .Cover the basic content any way you want to, but adherence to high Catholic standards is crucial - academics, behavior on the playground, everywhere. That's what parent's expect when they send their kids to a Catholic school.

Obviously the Catholic education received by so-called "Dr. Steve" has let him down. I spot a small error in the last sentence. There might be others too :)

Father, with no hesitation, I thank God I spent 7 years at Annunciation Grade School here in Akron (sadly closed circa 2006). Then, as now, Annunciation/Visitation was a poor, inner-city parish, and so was our school. Nonetheless, *everything* good that stayed with me was planted in my by my good teachers and priests by the 8th grade (1975).

My parents could not afford Catholic high school, although I would have loved to go on to Hoban, where many of my friends went, and which was given the land for the high school by Msgr. Dowed, former pastor of Annunciation.

In those 7 years at Annunciation, I never heard the "n-word", although many of our students were African-American. Had one of us let loose with that term, done anything else shameful, we would not only have been immediately punished and made to apologize by our horrified teachers, we would have then been punished by our parents, who would not hesitate to remind us of the sacrifices they made for us to attend Annunciation and make good Catholics of us, and that great things were expected of us.

Needless to say, no bad language, demeanor, or action was tolerated. We may have been inner-city children in a poor Catholic school, but we were held to a high standard of behavior.

This is not to say we were in grim surroundings. Really, I remember those years as so much fun. The uniforms, the friendships, the exemplary teachers, our scholastic and religious education, and the exceptional priests and sisters gave us something special, something no amount of money could begin to buy.

Additionally, although we were not in a great part of town, our school was clean (it smelled of Murphy's Oil Soap, with which, on the last day of school, we children scrubbed down the desks, floors and walls of our classroom), the adults were kind and responsible, and no one cared how much money our parents had (which wasn't much for most of us).

Father, I know it is not possible sometimes to do so, but really, Catholic education should *not* just be for wealthy parishes. All Catholic children, and other children whose parents want a Catholic education for them, should have a chance for what so many of us were blessed with in childhood - a thorough, ethical, moral, classical Catholic education, with no lowered standards. I know you take your responsibilities very seriously, and I trust that includes your position with this Catholic education group.

God bless and protect you and everyone at St. Sebastian! - Susan

Having no children I do not speak from personal experience but I have questioned people as to why they send their children to Catholic school. One common reason I have heard is that it helps to keep their children from maturing too quickly. The child is allowed to be "their age" and not have to deal with adult experiences before they are prepared to do so. One of the benefit is that more well-thought out decisions can be made. In other words it lets "kids be kids". Childhood is so short, enjoy it.

Your insights are helpful. Thanks!