At Theology on Tap last night the question was asked if we should refer to someone by their preferred pronoun even if it doesn’t match their body’s birth sex.  Another person made the comment that it sounded like the predicament that Jordan Peterson found himself in. 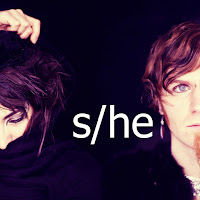 It isn’t actually.  The Jordan Peterson debate had to do with state mandated compelled speech in Canada (a truly scary thing - George Orwellian) and persons with gender issues unfortunately got caught in the middle.  Therefor his case does not answer the above question at all.

To get to the root of the answer one must ask the question, “What is your purpose and aim?”  For most of us, particularly outside of academia and politics, a Catholic is called to be an intentional disciple.  That being the case, it is our aim to bring people to Christ in the fullness of truth in the Catholic Church.  Can we woo anyone to the Church by refusing to call them by the identity markers that they pick out for themselves?  Instead being able to explore grander topics, (eventually getting back to gender issues) it would always be about the mean Catholic that refused to call me “she.”  The conversation will be dead in the water.

As one of my spiritual director’s said, “If a person knows that you love them, you can tell them anything.”  Starting with “don’t” and “no” no matter how correct ends the game before it even begins.  This does NOT mean compromising the faith.  It does mean presenting it over a long enough period of time in which it can be heard.
Posted by Fr. V at 6:19:00 AM

Just use their name and you avoid the whole issue. It is awkward at times but it is also awkward to use the wrong pronoun.

The debate generally centers around the third person singular pronouns "he" and "she" and, by extension, him/her and his/hers.

In one-to-one conversation, the listener would be addressed as "you." The speaker would use “I.”

The need to use third person pronouns (he, she, him etc.) would occur in a small-group discussion or when that person is not present. (In this latter case, someone would need to tell the person that the speaker had not used the preferred pronouns "behind the person's back.”)

I assume that “Preferred Pronoun” individuals have arrived at their decision due to some emotional distress and suffering. Jesus always showed compassion for the person’s suffering before calling attention to problematic behavior.

It does come up in family situations. I have a niece who has decided she doesnt want gendered words used in reference to her at all. So her immediate family uses their/they. Which confuses the rest of us. Especially my elderly father who wanted to know how many people she was on a date with because she kept using plural pronouns.

I’m not even supposed to call her my niece, but sibkid or some other made up word. It is ridiculous.