God sends the world blessings in ways in which we may not even be aware.  For example, I am so conflicted when it comes to assigning names that perhaps it was for the good of not messing up another human being that God called me to a vocation that required me to be a celibate. 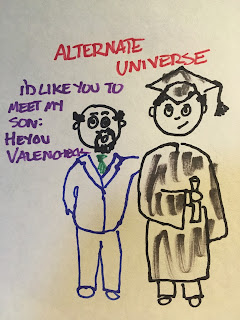 I blame my sister Mickie for my lack in confidence for naming things.  When I was just a jot older than a foal, we got a dog.  My ever magnanimous sister offered to let me name him, which I did in an instant. 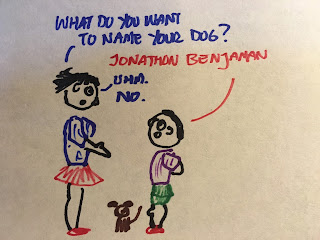 I mean, who WOULDN'T want a dog named Jonathon Benjamin?  She gave me the compromise names of either Raccoon (how THAT was a compromise I don't know) or Benny.  I chose Raccoon.  For a week.  And then was adamant about changing it to Benny which confused the entire neighborhood for six months.  As a result I have had difficulties assigning names in general every since.

When trying to name the new dog I tried to find names related to Sebastian.  They had crazy names back then. 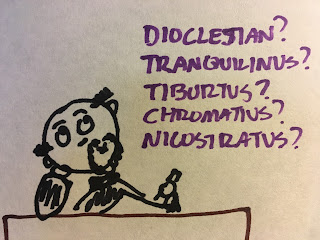 The compromise name this time was Archer.  But . . . gee . . . this dog was just NOT an Archer.  Besides the upraised eyebrows of people thinking that he was named after the cartoon, far too many people kept saying, "Cool name.  Wrong dog."

So it was changed to G. K. Chesterton.  Chester for short. 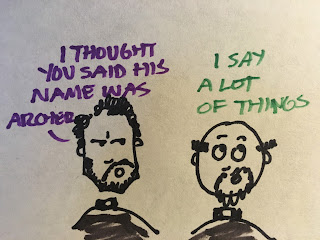 And I like Chester.  People seem to go "Awwwww" when they hear it.  But is he a Chester?  You know, I don't know if he is the brightest bulb in the chandelier,  but I see potential in him.  He's just like St. Thomas Aquinas during is "Dumb Ox" stage. 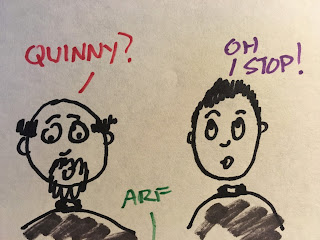 I like Chester. It goes better with Sebastian. Plus it gives you a nice theme for future names. Besides I think GK would have found your previous post about the dog a hoot!

Or you can do Jonny B then he will have his own theme song from Chuck Berry!

I have always given my dogs real names. I see nothing wrong with Jonathon Benjamin. I had dogs named Christopher Hanzul and another named Gretchen Ramona. I think Chester will be happy with his new name. It's a lot better than Archer!