FRIDAY POTPOURRI: PARISH HISTORY: THE MAN, THE LEGEND, THE MONSIGNOR 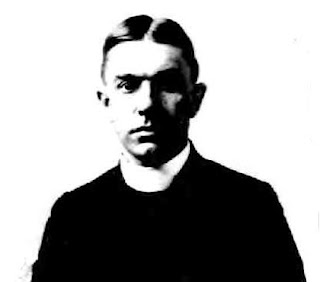 There is no doubt that Fr. Zwisler loved the parish and its people.  And it is important to point out that Fr. Zwisler, though a determined man, was well loved by most in the parish.  There are plenty of stories about his generosity and kindness.  While in the seminary, writing a report for the History of the Diocese class, Fr. Christopher Trenta, who grew up in the parish, wrote, “Children were of special concern for Fr. Zwisler and he made determined efforts to care for them.  He insisted on Catholic education for each child of the parish and worked to make this possible for as many families as he could . . . He wanted children to attend daily Mass, especially during Lent, and be exposed to Catholic hymns and devotional prayers” and always included the children in the devotional life of the parish.

“He also had a knack for creative pastoral care.  He had several personal touches in his pastoral care for children on special days.  For Christmas he would give little Cracker-Jack boxes and hold an annual Lenten essay contest, announcing the topic on Ash Wednesday which would send all the students scrambling to check books out of the library.  He would distribute a blessed Easter egg to each child at the Monday morning Mass of Easter Week and would give them the rest of the day off for school.  On the feast of St. Hilary, he would hand out a small chocolate candy and on the Feast of St. Sebastian, each child would receive a peppermint arrow to honor the martyr.

There is also the story of an unusual gift that Father gave a child in the school.  The parish once owned two Pattarino desk statues of St. Sebastian.  One still exists in the rectory.  The other was given away by Father to a girl in the school who won a spelling bee.  Upon bringing it home, her father, convinced that there was no way Fr. Zwisler would just give away such a valuable statue, demanded that she return the statue and apologize.  Fortunately Father Zwisler cleared the matter up quickly.

There are also stories of Father Zwisler visiting parishioners who had not been to Mass in awhile and of becoming great friends with the tepid Catholics, regularly enjoying their company and coaxing them back to the practice of the faith.  Often told are reports of his compassion for those who found themselves in hard times during the depression.  One example was his paying for two girls to attend summer camp.  Their mother was widowed during the depression and could ill afford to send them. 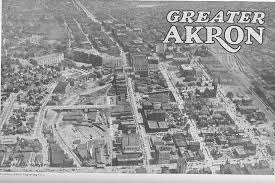 Fr. Wendelken, son of the parish, telling of how Fr. Zwisler cared for those in need, was able to witness to this by personal experience.  His father had gone to the hospital for a simple tonsillectomy and unexpectedly died in surgery.  Fr. Zwisler presided at the funeral and later sent his mother a bound leather booklet with a typed copy of his funeral sermon and a page of dedication addressed to each of her four boys describing their father.  He wanted them to know how valued their father was when they were older.  “And this was common,” Fr. Wendelken said.

But his head strong ways that proved so beneficial in founding and building a parish from scratch could also, in other areas, cause problems.  Again, from Fr. Trenta’s report, “Probably owing much to his early formation in Rome and his years of military chaplain service, Fr. Zwisler was known to be a stickler for ritual, order and cleanliness.  He insisted on good behavior by all, children and adults alike.  He would wait during homilies until crying or noisy children stopped or were taken out of the nave by parents.”

Although Father Zwisler and Fr. Murphy got along famously, such was not the case for other parochial vicars.  The parish was singularly pointed out in the History of the Diocese class at our diocesan seminary taught by The Rev. Thomas Tifft, then historian for the diocese.  Legends abound about the parish that was known by many, and not jokingly, as a penal colony for priests.  His expectations were high, his micromanaging intense, and his manner gruff.  At night the refrigerator would be padlocked shut to prevent hungry curates from snacking.  There was a strict curfew after which the doors to the rectory would be dead bolted and the late priest forced to find other accommodations for the night. 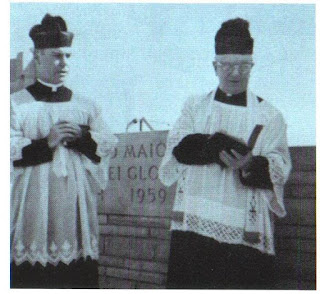 One legend tells of the parochial vicars discoving that Father Zwisler was out past the prescribed curfew time.  They dead bolted the doors and pretended to be asleep when he came home and began pounding to be let in.

There was certainly a lot of work to do at the quickly growing parish but it appears that none of the succeeding parochial vicars could meet Father’s expectations the way Fr. Murphy had.  This was a cause of constant tension among the priests.  There were a number of investigations into this friction from the diocese spurred by letters from Father Zwisler and by the vicars.  The letters outlined accusations and disappointments from both sides.
Posted by Fr. V at 7:56:00 AM