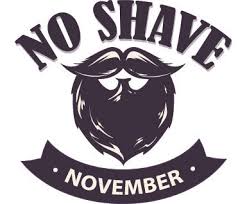 It’s no shave November and a number of priests (I am among them) are letting our faces go a little rogue.  If you are a guy, I recommend it to you too.

Not everybody is happy about it.  Some are adamantly opposed to the idea.  My sister is among them.  We have reached an agreement not to harp on it too much.  (It will grow one inch longer than agreed for every comment.)

Growing a beard is one of the last socially acceptable purely masculine things that a man may do.  By and large, men’s private organizations & associations (except for sleazy ones - which by the way is NOT truly masculine) have been deemed inappropriate, often legally so.  The BOY scouts for goodness sake is now becoming gender neutral!  In some states (California, Colorado, Illinois, Iowa, Maine, Minnesota, New Jersey, New Mexico, Oregon, Rhode Island, Vermont, and Washington) even the distinctions between male and female restrooms are starting to become blurred (depending on your point of view.)  Increasingly the portrayed role of men in movies and shows portrays men’s roles as silly and useless.

There is a fundamental need for men in society - and more importantly a need for men to be men.  (Whatever is said here about men is echoed equally for women.)  Men need a time and a place to hang out with men.  In general, men have a role and way of being that, taken over a whole populace, tends to differ from women.  Except where it is dangerous or damaging (in which case it would not be truly masculine or Christian) men need the freedom to be who they are without being slapped on the knuckles with a ruler.


I know.  “Oh poor brave, strong men.”  But the male psyche is more fragile than one might initially imagine.  And it is in the suppression of the masculine that the very abuses some are trying to squash start appearing (like militant beard growth.) 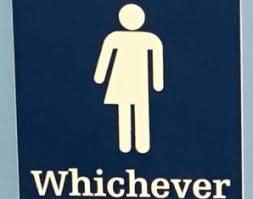 Many police and firefighters are having facial growing contests during November to help raise funds for charities.  I HAVE NO DOUBT that sooner rather than later, somebody will sue to have this gender inequality practice brought to a halt.  I would not be terribly surprised that one day in the future this will be a matter of national concern.  If trends continue as they are today, it will not be the case that all women will have to have shots in order to have the ability to grow beards, it will be that all men will have to have shots to kill theirs off.

To be a balanced society, we need men to be men and women to be women.  That there is, and always has been, and always will be those who don’t fit well into those categories does not negate the need for them (and the need to accept those who don’t fit well into them.)  But the solution is not to suppress the sexes (when has it EVER solved a problem by forcing people to not be who they are) but to celebrate them and make them healthy expressions.

That’s why I grow my beard (plus it is less of a pain AND I have a sensitive chin) and recommend it to other men.  In a similar way, I tell a young that he needs to at least seriously consider once the possibility of the priesthood.  They don’t have to do it, but they have to ask the question once as a legitimate option.  It is the same with a beard.  All men should try it once to fully experience what they are capable of. 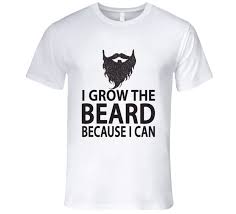 There is a person I know in New York.  They have a road on their property that people use as a public right of way but is really owned by that person.  The city recommends that they close down the street once a year in order that the locals know and remember that it is a privilege and not a right for them to use that road.  Likewise, No Shave November is that once a year time for us to remember that, no matter how much society may want to believe otherwise, there is a difference between the genders and a beard is just a friendly, though not always appreciated, reminder of that.
Posted by Fr. V at 9:34:00 AM

I thought no shave November was about raising awareness of Men's health issues. Have you had you health screenings this year?

It is especially disparaging to see modern advertising depicting Father Figures as useless and laughable. A man on a typical commercial is either admonished, minimized, corrected, or otherwise made a fool of by his own children or wife or both.
It is interesting to note that the individuals that preach natural selection don't really believe their own gospel. They strive to change the natural with hormone injections or transplanting a species in a part of the world where they weren't found naturally.

Great post, Father! However, one quibble. You ended the post with the comment that "...there is a difference between the genders..." I guess my quibble is why use the word "genders"? There is a difference between the "sexes". This is a more robust and authentically Catholic way of putting it. God made them male and female. He made sexes not genders. Genders are fluid, sexes are not. My caution is let's not adopt the language of the culture/society when it goes over the cliff on the some things.

To add to my previous post - Genders are a societal construct while sexes are a God-made institution. I guess that is my point.

Does your sister read your blog?

No she doesn't. Unless she does . . . if you are reading this let me know . . . (She doesn't like homilies or blog posts about her if she knows about it)

Father. Please tell me you didn't promise your sister you would shave it after Easter.

In Australia it is called Movember. Mo is short for Moustache.