Here is where the “General Instruction of the Roman Missal” gets its “general.”  Surprisingly, after saying that this is the center and highpoint of the liturgy (the source and summit of our lives,) it becomes rather vague and, well, general.  It becomes more descriptive than directive for a spell.  I guess the specific instructions, the rubrics, are simply left for later in the Missal.

That is not to say this is not a long paragraph (79),  It’s longer with lots of sub-sections and even though the subsections are short, we will only be taking one a week.

The main elements of the Eucharistic prayer can be distinguished one from the other in the following ways (A - H)  Today’s subparagraph: A  (Ohhh!  I can sense the excitement!)

A) The first element is that of Thanksgiving.  (Bet you saw that coming.)  This makes incredible sense considering the etymology of the word Eucharist.  According to the Online Etymology Dictionary:

”sacrament of the Lord's Supper, the Communion," mid-14c., from Old French eucariste, from Late Latin eucharistia, from Greek eukharistia "thanksgiving, gratitude," later "the Lord's Supper," from eukharistos "grateful," from eu "well" (see eu-) + stem of kharizesthai "show favor," from kharis "favor, grace," from PIE root *gher- (5) "to like, want" (see hortatory). Eukharisteo is the usual verb for "to thank, to be thankful" in the Septuagint and Greek New Testament. 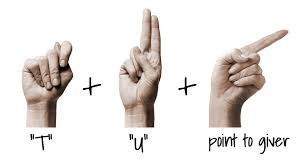 The main place that the sense of thanks can be found is in the preface.  The preface is right after the prayer over the gifts.  After a “call and exchange” with the congregation, (The Lord be with you - and with your spirit, etc.) the priest goes on to direct the Father on behalf of the community, expressing our knowledge that it is “truly right and just, our duty and our salvation always and everywhere to give You thanks Lord Holy Father, Almighty and Eternal God.”

It is a theme that picks up now and then depending on the Eucharistic prayer such as, “. . . giving thanks that you have held us worthy to be in your presence and serve you.” from Eucharistic Prayer II.

You know, giving thanks is not something that comes naturally to us human beings.  It is usually instilled in us by thoughtful parents and at times seems like torture.  “Just a minute young man . . . what do you say????” 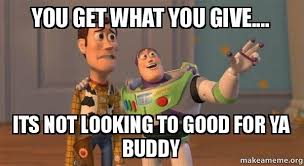 It comes to serve us well in life.  Firstly it helps us appreciate who and what we have, knowing that it doesn’t have to be.  Secondly it lets others know that they are appreciated and promotes the best in them.  In the case of Mass, the giving of thanks is wholly for our benefit to make us  better people.  It is “right,” because what we have is purely gift and we are indebted to God.  It is “just” to give what we can to God for His abundant graciousness to us.  It is our “duty” because - well, if you don’t know ask your Mom.  And it is our “salvation.”  Being truly thankful turns our eyes toward the One on Whom we are utterly dependent.  When we realize this, we long to be with Him and conform ourselves every more to Him.
Posted by Fr. V at 6:35:00 AM