Chris, a regular reader of Adam's Ale, suggested a reprint of a post that involved Fr. Swirski who is recently late of our company.  You can see him in the picture below, second from the left in the rear row.  God rest you brother!  And thank you for the idea Chris.

This post is from August, 27, 2012
There was a nice gathering at the St. Sebastian rectory a couple of Fridays ago.  My classmate is the pastor one parish away.  Fr. Pf, our parochial vicar, has a classmate that is my classmate’s parochial vicar.  We had a seminarian staying with us for a two week “rectory experience.”  His classmate was at my classmate’s parish too.  So they all came to St. Sebastian for dinner, along with one of their home grown seminarians, our two seminarians, and Fr. Swirski who is in residence at St. Sebastian (and of course, Sebastian.  If the rectory had blown up it would have been a serious blow to the percentage of clergy in Summit County. 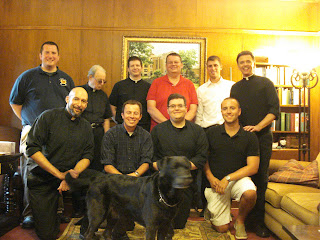 After dinner, those who were brave enough climbed the bell tower. 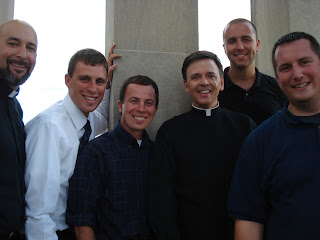 Back to Fr. Swirski who helped round out the generations of those gathered.  He will not be in residence at St. Sebastian much longer though hopefully he will still be doing some of his ministry here.  It has been fascinating hearing his life story starting as an orphan in Poland, fighting in World War II, and befriending a young priest by the name of Karol Wojtyla who would later become Blessed John Paul II.  Unfortunately Fr. “Ted” is rarely any longer able to dredge up stories of his early years at will.  They can still come up naturally but often not when called upon.  Soon his stories may disappear. 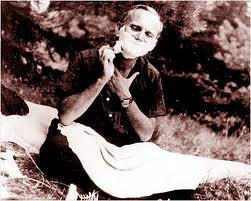 If I piece together his narratives correctly, he first met the young Fr. Wojtyla as a new priest. Fr. Ted was traveling (in Poland) and needed a place to stay for the night.  Someone directed him to a nearby rectory.  It was late and the lights were dimmed.  He went to the back and knocked at the back door.  There he waited.  The door swung open and Fr. was greeted with pan full of water and suds being thrown on him.  The housekeeper had not heard his knocking, had been giving the pastor a shave, and had opened the door to throw the shaving water out into the dark!  Fr. Ted was drenched.  The pastor came out to see what all the brouhaha was about and the housekeeper said, “I just through water on this seminarian in the dark!”
“Not seminarian,” said Fr. Ted, “Already priest!” 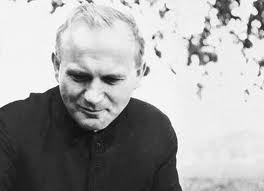 At that he was invited in and introduced to a priest who would become the future pope who was the assistant there at the time.  “He was so kind with me as a new priest,” reports Father, “and he stayed up late talking to me and giving me encouragement.”

That was not the last Father would come across Fr. Wojtyla.  Fr. Ted, at a very young age, (the Church in Poland was trying to rebuild itself after the war) became pastor of a parish near a lake.  Apparently his fellow priests would come out to the lake to enjoy a couple of days of retreat from time to time.  Fr. Wojtiya being among them was apparently an expert swimmer and enjoyed many hours in that lake.  Fr. Ted often used sound effects to tell stories and would say, “He would dive in the water and go woo, woo, woo,” indicating, I think, that he swam like a fish, “and so we called him ADMIRAL!”
The rectory was small and they had to set up temporary beds.  Apparently the future John Paul was offered one of the remaining beds.  He, however, turned and asked, “Who is the oldest?”  When the oldest priest was presented JP said, “He shall have the bed!  I shall sleep on the floor!” 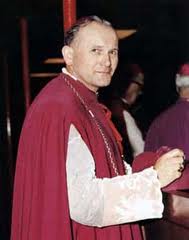 I guess they also used to call him Lolek, something well known, but according to Fr. Ted they also called him Stash for some reason I cannot seem divine from Father’s stories.  (Maybe someone can clarify.)  A new story came up this past week that we had not heard before.  “Stash” came to the United States for a visit (before he became pope) and visited Fr. Ted in Akron.  They went to our Cathedral church and Fr. Ted said, “See how many people go to Communion!”  And the future pope had a look of concern and said, “I hope that they are all prepared to go and make use of the sacrament of confession.”
It has been very interesting living with Fr. Ted these past three years.  Maybe this will help his stories live on a little longer.
Posted by Fr. V at 8:42:00 AM

Thanks for the stories. I can add a tiny bit.

In the first story, Fr. Ted had been traveling by train, having returned from the Shrine of Our Lady of Czestochowa, at which he had celebrated his first Mass (a tradition for newly ordained priests). Rather than sleeping in the train station overnight, someone suggested that he go to St. Florian's parish to see if he could spend the night there. Yes, he met Fr. Wojtyla and slept on Fr. Wojtyla's couch that night. The next morning, Fr. Wojtyla served Mass for Fr. Ted.

When Cardinal Wojtyla visited Fr. Ted in Cleveland, he was amused to learn that he had received a degree in Slavic languages here in the United States. The Cardinal turned to his assistant, Fr. Dziwisz (now Cardinal of Krakow), and chuckled that Fr. Ted had come all the way to America to get a degree in Eastern European languages.

I once asked Fr. Ted about the circumstances of his ordination (mid-1950s). Fr. Ted said that he and another seminarian were instructed to go to a certain church, where an unnamed bishop would be awaiting them. They were ordained but, since Poland was under Communist rule, the ordination and the bishop's name were both kept secret.

Fr. Ted attended (by invitation) Pope John Paul II's installation ceremony in Rome and afterwards met with him in the Papal Palace. The Pope offered him a position as a translator for Eastern European visitors. But Fr. Ted declined, saying that he wanted to return to Cleveland in loyalty to his bishop, who had been so kind to him when he first settled here.

Another Fr. Ted story: when he was a pastor in Poland, the local Communist authorities were planning to have a program to teach condom use to young people. Fr. Ted's bishop said to have a holy hour and benediction at the same time and invite the youth, many of whom came.

Because of this action, the police (?) came to Fr. Ted's rectory and told him to bring what he needed, because he would be going to prison for three months. The (Communist) warden of the prison summoned Fr. Ted from his cell and took him to the private living quarters he shared with his wife and daughter. His wife, a Catholic, had been pleading with her husband to let their daughter prepare to receive First Holy Communion. Being a Communist, he could not publicly allow it. But "he loved his wife," said Fr. Ted, and so the warden asked him to to prepare his daughter. Thereafter, Fr. Ted was taken to the living quarters each night. The daughter of the warden received First Holy Communion. Fr. Ted was released from prison early and warned never to speak about it.