I'VE HEARD IT SAID THAT SOME PEOPLE THINK THAT YOU ARE A PUSHOVER BUT I CAN'T TELL YOU WHO. OR HOW MANY. OR WHAT THEY SAID

Sorry there was no post yesterday.  Ironically it was because I was away hearing confessions all day at local schools.  It turned out well however!  Welcome visitors from WDTPRS.  It was great to hear from you Father! 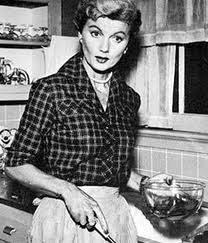 One of the early lessons that you learn from Mom is, “Only speak for yourself.”  Never say something like, “Everyone hates you.”  First of all it is cruel.  Now there can be an imagined great number of anonymous persons out there.  It is also unhelpful.  It leads to questions such as, “Oh yea?  Like who?  How many?  What exactly are they saying?”  Now you have to back up your claims (or try to back out of the statement) or end up looking foolish and damaging your position.


Well, perhaps not too many learned that lesson from Mom and now some are journalists.  (I know I call journalists to account often here, but it is not out of disrespect for their professions – in fact I value it highly – it’s just that I want who are writing poorly  to do a better job which includes research and homework and conveying the material well.)  Here is an example from just one article printed in the Akron Beacon Journal, Monday, March 4th, 2003, entitled Catholics Ponder Future Pope by Bradley Brooks of the Associated Press.
“ . . . many parishioners said that the next pope should . . .”

So “many” said this.  “Many” out of how many?  “Many” out of the ten parishioners with whom you spoke?  “Many” as in a poll of a parish was done and 20 out of 300 said so?  “Many” as in three quarters?  The information becomes almost useless.  Are there other groups with “many” in them holding different opinions that are as large as the “many” that the reporter picked?  Could it be that the other groups with “many” in them could possibly be saying something that the author of the article does not agree with?  Could the “many” in other groups be actually larger?  Why does this “many” get carved out?

“Some south African Catholics called for . . .” 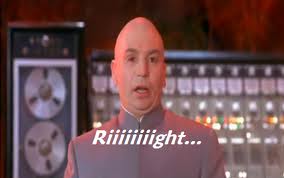 How many?  10?  10 is some.  So is a million.  I could say that “some” of them probably also think that the Easter Bunny is real or that “some” believe that they have been abducted by aliens.  Now, tell me that by a scientific pole 1 million practicing Catholics in South Africa think “the Catholic Church should” and you might have a story worth reading.
Later in the article sighting the same “some” it says, “They also suggest ending the celibacy requirement . . .”  Who does?  Is it Catholics?  Is it clergy?  Is it dissatisfied clergy?
“Many expect the church to pick . . .”
Who is this completely disassociated, mysterious “many”?  Is it the bunch of guys in your office?  Is this a “many” that you picked up watching TV or listening to NPR?  It may be true.  But who are you talking about?  Is this a worldwide poll or something you talked about at the bar last night?  I would have more respect for this article if the author had written, “I expect the church to pick . . .” It would then at least have some reference: a person, a number, someone who can be verified. 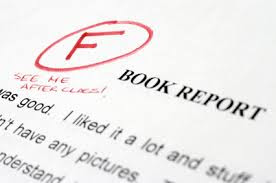 There may be a push to get information out about the papal elections since things are happening so quickly and unexpectedly, but that is no excuse for poor reporting.  I’m afraid this article gets an “F”.
Posted by Fr. V at 7:16:00 AM

The general level of reporting on the Catholic Church in the wake of Pope Benedict's resignation is abysmal at best. One article, appearing in the New York Times by Paul Elie, a fellow at the Berkley Center of Georgetown University, and self identified Catholic, stated he would be giving up Mass for Lent, in favor of attending Mosques, Buddist Temples, and Protestant Churches in order to send some sort of message to Rome as to how the Catholic Church should "change". Never mind that it's a mortal sin. What's worse, he was openly encouraging all American Catholics to do likewise. No doubt, he favors women priests, birth control, abortion "rights", homosexuality, etc. I could hardly believe what I was reading.

We can only expect more of this as the Conclave begins and a new Pope is chosen and begins his pontificate.

I would include a link to the article here, but it really isn't worth the time it takes to read it.

In addition to the vagueness of "some" and "many" in this article ( which can be read online), the accompanying photos showed the reporters' ignorance of recent history by saying that on Sunday, Catholics went to a "church that had no pope for the first time in 600 years". How could these reporters miss the fact that we were without a pope just eight years ago?! Should we believe anything we read?

Congratulations on getting your cartoon on WTPRS!

That particular frame was great, so much so that even prior to Fr. Z's posting it, my daughter and I had talked about how well you were able to use simple art to express the contrast between sullenness and disappointment and joy and elation: The eyes, the level of the heads, the rays of light vs. the squiggles, etc.

Still waiting for the comic book!