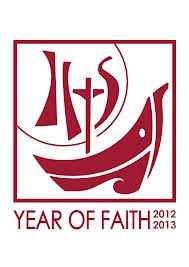 In the Dogmatic Constitution of the Church or Lumen Gentium (they really need a marketing person to make their titles more appetizing) the Church attempts to explain to the world who she is.  (If you’ve not caught on, this is the next document we are reviewing as suggested we do during the Year of Faith by our papal emeritus.)  In the first paragraph it states, “she proposes, for the benefit of the faithful and of the whole world to set forth, as clearly as possible . . . her own nature and universal mission.”

In deceivingly dense writing, the second paragraph takes us on a quick trip through salvation history pointing out that our creation through the second person of the Blessed Trinity was a totally gratuitous (in the best sense) act of our God, that it was redeemed by Him, and will eventually “return” to Him through the power of the Holy Spirit.  A Christocentric Church, She is caught up in the mystery and mission that God has set forth and hence will, in some sense, always be mysterious.
It is God’s power that is making His kingdom grow in the world and we are brought back to that original unity for which we were made primarily through the celebration of the Eucharist through which, “the unity of believers, who form the one body in Christ, is both expressed and brought about.”  So we are also Eucharistically centered. 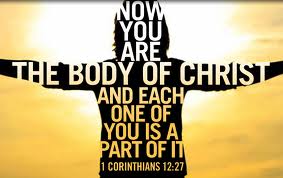 When Jesus’ mission came to completion, the Holy Spirit was sent to “continually sanctify the Church . . .”  We are constantly made new and each given gifts to aid the Church (the Body of Christ) in Her mission.  The Church is bride calling out in the spirit to Her Spouse, the Bridegroom (Jesus) and “hence the universal (read catholic) Church is seen to be ‘a people brought into unity from the unity of the Father, the Son, and the Holy Spirit.’”  (Do you see where John Paul II might have begun getting his idea concerning the Theology of the Body?)  Cool stuff. 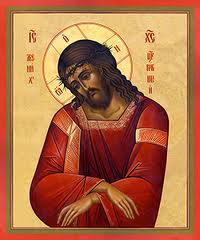 Gads!  And that’s just the first 4 paragraphs there is a lot more to glean out of it than what was presented here but this give you a taste.