DID YOU KNOW THAT 48% OF ALL STATISTICS ARE MADE UP ON THE SPOT? (I JUST MADE THAT UP.) 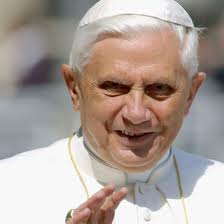 Today is not so much a rant, but an observation.
It’s difficult to get good news out about the Church even when the news is good.  Just for example, can you imagine trying to organize and lead 1.2 billion people from every country, socioeconomic level, age, government, education level, etc, etc, etc, and making them all happy?
Aint going to happen.
I wanted to organize an outing for dinner with my sister and my cousin yesterday and the three of us couldn’t agree on a place to eat.

So, an accurate and documented article came out in the Plain Dealer on Wednesday, March 6th entitled, “U.S. Catholics Mixed on Benedict, Poll Says” written by Dalia Sussman of the (wait for it) New York Times.  The poll stated that most Catholics were positive about the Church in the United States, 54% giving it a good to excellent rating, and 77% said that things were either improving or remaining the same.  Three quarters thought the next pope would be in touch with today’s Catholics.  (Which ones?  The ones in the desert?  The ones in countries in which the faith is suppressed?  The ones in the jungle?  Oh, I know, you mean the ones that drive minivans and shop at the mall and have three computers and five televisions at home. – Sarcasm there.  Sorry.  I digress.)
Wow.
Wow. 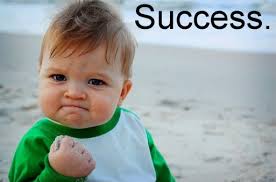 Wow.
(I’ll say it again.)
Wow.
Most presidents would KILL for numbers like this!  And they are only concerned with one country for votes!  Reurters reports that our president has a 43% approval rating according to this article.  Bet he would like to exchange his numbers for those above.  Considering that the Church and our pope have to fashion a faith that speaks to the African, the European, the Asian, the American, etc. etc. etc., and not just cater to the West, and then to have numbers like this IMHO is nothing short of the miraculous.

But then it is couched in the article stated above.  “Only” 50% that thought things were good.  “A mere” 4% thought things were excellent.  “But only 3 in 10” of the three quarters who thought positively about the new pope had a “great deal of confidence in that.”
Talk about a killjoy. 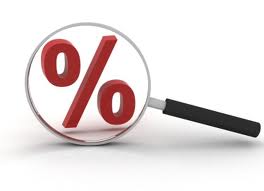 Then there was this totally disconnected little ditty that I absolutely loved.  “’He just seemed kind of bland,’ Dorothy Lascuola, 66, a frequent churchgoer from Butler Pa., said of Pope Benedict XVI in a follow-up interview.”  Perhaps we should elect Justin Bieber for the next pontiff.
Thank goodness we know what Dorothy thought.  But Fr. Pfeiffer was just saying yesterday what a masterful mind our papal emeritus has and was commenting on some of his masterful and quite exciting writing.  Of course nothing of this kind was reported so I thought I would make up for it here.
*sigh*
That did get kind of ranty after all didn’t.  Perhaps I get too much fun out of it.

I just conducted some research:
"In one recent poll, 75% of the respondents were extremely pleased with Benedict's papacy, while 25% were just pleased. However, when it came to defining the characteristics of the next pope, the poll was more evenly divided: 50% favored a pope from Africa because of the bishops' well know adherence to orthodoxy. The other 50% favored Cardinal Burke, who according to some, makes the formal Cardinal Ratzinger of the Holy Office look like a pushover in terms of ecclesial discipline."
[Not for publication: All four respondents identified themselves as Catholics.]

I'm not sure that "ranty" would be the best word to describe this particular post, but "snarky" seems to fit the bill pretty well. :)

Now, to be fair, given the context in which this sentence is found, it looks like the Church is doing a spectacular job, but you can't always assume that. This was either terrible reporting, terrible analysis of the data, or terrible polling (or perhaps it's just a combination of the three).