TUESDAY QUOTE OF THE WEEK CCLXXXIIII

FINDNG TRUTH WHEREVER IT MAY BE FOUND:  "Every age has it bigotry, which is blind to some particular need of human nature. . ." from G. K. Chesterton's "Four Faultless Felons"
QUOTE II:  "If you wish to see great modernest architecture you must have plenty of time and your own Lear jet."  Robert Krier
IN OTHER NEWS:
From thomried: I'm not a big fan of dogs at Mass but this article is kind of heart warming.
PV sent this in.  In light of Pope Benedict's pending retirement this video is kind of hear warming.

From the Diocese of Cleveland Enewsletter:  " On the evening of Wednesday, February 20th from 5-8 p.m. ALL of the churches in the eight counties of the Catholic Diocese of Cleveland will open their doors and offer the Sacrament of Penance...confession"  Read more here. 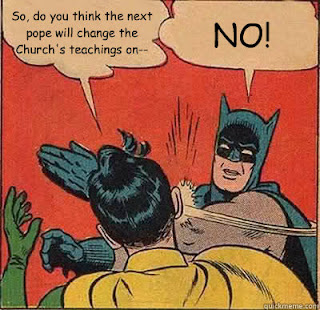 From the same source:  "Today's announcement (February 11) by Pope Benedict XVI that he will resign as Holy Father on February 28, 2013, is an historic event and an action motivated by his love of the Church."  Read more here.
R. sent this 10 minute video in.  It's worth the watch.