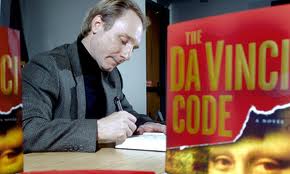 Dan Brown’s books (and subsequent movies) don’t appeal to me not because of the way they treat the Church, but because they are so implausible.  I’ve heard of people such as police officers not liking some crime show because it rings so false that they cannot watch it without thinking, “Well, that would never happen.”  I, on the other hand, being rather ignorant of the inner workings of the police system can rather enjoy watching the same show.  I suppose the reverse holds true also, they can read a Dan Brown novel and think, “Wow, that is pretty cool,” whilst I role my eyes and think, “How droll.”
So now that Pope Benedict has stated that he intends on retiring, news analysts and commentators are clambering about “what the Church needs/should/must do,” and to anybody who understands history, the world-wide scope of the Church, and the general nature of how the Church operates, reads these commentators and has a sorrow in his heart at the lost of precious moments of the short life we are given on this earth in the reading.  A stupefyingly grand ignorance concerning the Church is shining forth.  “Experts” may have been able to fake it much of the time, but the light of this event has made the “I was once an altar boy so I know the Catholic Church” commentators knowledge show through where their knowledge is thin or lacking. 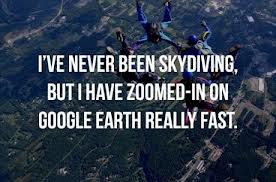 Perhaps there is no clearer indication of this than in the idea that it would good for the Church to get on the band wagon with popular and fashionable movements within the United States culture.  The United States makes up a small portion of the Catholic Church, though, admittedly a wealthy portion.  Europe’s influence is waning, and the new power center (and growth) of the Church is south of the equator.  They are the majority now of Catholics and their issues are not our issues, yet we are the same Church and what we do here we must do there.  So if we satiated some of the West’s desires, for example a female priesthood, we must do it there also.  And much of the southern hemisphere is not even ready to entertain the idea.  Our experts are wonderfully parochial.
The amount of people talking about how Pope Benedict is “dragging us back to pre-Vatican II” appears to be by people who have never read the Vatican II documents (or have cherry-picked those documents that they like.)  With a vague notion of a “spirit of Vatican II” there is a feeling of where individuals think they want it to go or to where it should go, but that rarely has anything to do with the actual documents.  Few people site anything when they accuse the pope of such a thing.  It is well they don’t.  They are usually wrong.
Now, someone might point out the allowing of the Extraordinary Form of the Mass.  Allowing something to happen and forcing the Church back in time are two different things.  In fact, instead of restricting different expressions of the Mass (which seems to be the “spirit” of Vatican II thing unless one is speaking of polka or rock Masses – we must all worship the same way) he has broadened it to include more people.  Another example would be the Anglican Rite.  (The word is diversity.)  The E.F. Mass is not a threat as some think it is.  Of the hundreds of Masses that will be celebrated this weekend in this diocese, 3 will be the E. F. Mass.  Why can we not celebrate this?
Am I getting off topic? 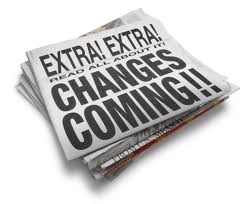 Anyway, be careful what you read.  When “news” commentators start talking about possible major swings in the leadership of the Church, when they start talking about what they Church needs to do, when they start talking about what they would like to see happen, if you value the time you have here on earth, stop listening and do something creative with your time – unless you are enjoying hearing what people are saying.
In the meantime, can I recommend this person’s writing on the matter?  He won’t say anything unless it is known and won’t speculate on anything that is not a true possibility.

Father, there are five regular, licit EF Masses in the diocese each weekend. IC-Cleveland has two on Sunday, and I think that you forgot St Rocco on Sunday evening.