TUESDAY QUOTE OF THE WEEK CCX

FINDING TRUTH WHEREVER IT MAY BE FOUND: “Some dogma, we are told, was credible in the twelfth century, but is not credible in the twentieth. You might as well say that a certain philosophy can be believed on Mondays, but cannot be believed on Tuesdays. . . the point is not whether it was given in our time, but whether it was given in answer to our question.” G. K. Chesterton in “Orthodoxy” from our last Chesterton meeting.
QUOTE II: “The thief compliments the things he steals, if not the owner of them.” Same.
IN OTHER NEWS:
Can man live on brew alone? Thanks BW
From J.B., "Tune in to find out: What does the Next Generation really think about marriage? Are we going to lose the movement to defend marriage because young people already believe in same sex marriage? Are college students committed to abortion on demand? You can find this program at the show archives at Catholic Radio of San Diego. This program and many other great programs are posted within a couple days of the initial broadcast, so check back often!

Fr. P and I found another spot on parish grounds we had not yet explored. As we crawled around I thought this shodow was pretty neat. 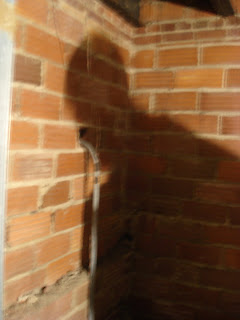 Frank sent this in. Interesting. BMW sent this in. Have you checked out the St. Austin Review? Pretty cool. great conversion story. See more here.

PV sent this in. The Museum of Divine Statues is opening soon!

More good news! According to this site virginity is seening an increase on our college campuses.

The Diocese of Cleveland Enewsletter wants to introduce you to this year's priestly ordination class. Read more here.

And finally this great video from F. S.

The power of words is a great video, but it is a copy of an original film, Historia de un letrero, The Story of a Sign - pretty sad since they copied it to use as advertising! Here is a link to the original:
http://www.youtube.com/watch?v=zyGEEamz7ZM
I love your blog, btw ;-) The kids ask me if Father has any new cartoons up!

I know what I'm doing for next LENT! WOOHOO!