MONDAY DIARY: NEVER AT A LOSS

I went to visit a friend this past week that I had not seen in a little spell for some mysterious reason. Then I found out why. It turns out that my friend had been pretty ill and was not completely over it yet. It wasn’t just a pretty bad flu, it was a serious illness. 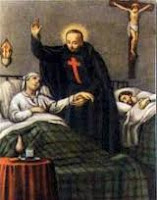 Sometimes it is hard to come up with something to say in such situations. “I’m sorry,” seems as oddly wrong as it seems oddly appropriate. I find most people don’t mind talking about it but don’t want fussed over. So I include such situations into the general category of another joy of being a priest.

“Have you been anointed?” 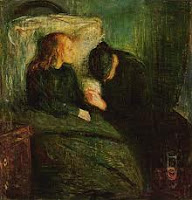 ers prepared for us if we are at a loss as to what to say.

Email ThisBlogThis!Share to TwitterShare to FacebookShare to Pinterest
Labels: Anointing of the Sick, Monday Diary, priesthood