Back when I used to watch more T.V. there was a commercial out for a pill that claimed to relieve the sufferer of hangovers the pain of a night of binging so that the person could function at work (or home) the next day. There would be no headache or other accompanying maladies. It would be like nothing the night before took place – at least as you worked that day – the dent in the car and the surprise new tattoo notwithstanding.

I have not seen this advertised again though my T.V. habits are joyfully so poor that I may just be missing them. But what would you suppose would be the result of such a miracle drug? One result would be a more alert and productive work force. That is true. But since much of the consequences of drinking would be erased it seems that the amount of people consuming and the amount consumed would increase would it not? Erase the consequences (or at least some of them) and the temptation increases.
That was part of the prediction in another area when Pope Paul VI wrote Humanae Vitae. Readily available devices, medications, and procedures to erase the natural consequences of human interactions would lead, according to him writing in 1968, to a greater marital infidelity and a general lowering of moral standards. “A man who grows accustomed to the use of contraceptive methods may forget the reverence due to a woman, and, disregarding her physical and emotional equilibrium, reduce her to being a mere instrument for the satisfaction of his own desires, no longer considering her as his partner whom he should surround with care and affection.

“Finally, careful consideration should be given to the danger of this power passing into the hands of those public authorities who care little for the precepts of the moral law. Who will blame a government which in its attempt to resolve the problems affecting an entire country resorts to the same measures as are regarded as lawful by married people in the solution of a particular family difficulty?

Who will prevent public authorities from favoring those contraceptive methods which they consider more effective? Should they regard this as necessary, they may even impose their use on everyone. It could well happen, therefore, that when people, either individually or in family or social life, experience the inherent difficulties of the divine law and are determined to avoid them, they may give into the hands of public authorities the power to intervene in the most personal and intimate responsibility of husband and wife.” 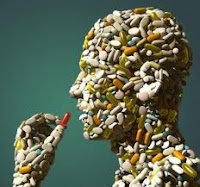 If one wonders how he could have prophesied such a thing, if you take into consideration the “morning after hangover” pill and the logical consequences of such a miracle drug, it is not difficult to apply it to this scenario.
Preaching on such topics is so very difficult. Defensive walls go up so quickly as prying into private matters where Churchmen should stay away though politicians all over the world seem to be delving ever more deeply into them. But the Church only desires to assist humanity live the best possible life we can here on earth and preparing for the next. Certainly the predictions of Humanae Vitae that we experience now are not ideal or even remotely close. But engaging in these practices, for all the problems they seem to solve, create a general and greater harm to all of society. Indeed the effects are not a private matter at all.
Posted by Fr. V at 10:23:00 AM

Thought provoking, thanks for sharing:)