SIR, WOULD YOU LIKE YOUR RECEIPT IN THE BAG OR SQUISHED DOWN BETWEEN THE SEATS IN YOUR CAR?

I was listening to something on the car radio yesterday and desperately wanted to write it down so that I would remember. I found a pen readily enough but nowhere 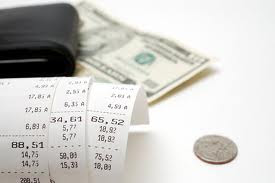 (whilst I was driving – only try that at home kids) could I find a piece of paper. Reaching down between the seats I snatch up (among other things) an old receipt from a pizza parlor in New York that already had a bunch of things scribbled on it. Well, I might as well get some of those scribbling out of the way and so here are a few of them.

This was written by John Updike and was read on the show Prairie Home Companion. Scribbled on my note was “Updyke (sic) Why miss church?” After a little surfing I found what had piqued my interested that day. Here is “Going to Church.”

"There was a time when I wondered why more people did not go to church. Taken purely as a human recreation, what could be more delightful, more unexpected than to enter a
ven 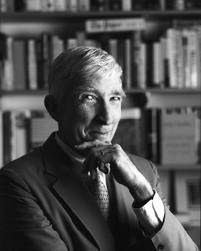 erable and lavishly scaled building kept warm and clean for us one or two hours a week and to sit and stand in unison and sing and recite creeds and petitions that are like paths worn smooth in the raw terrain of our hearts? To listen, or not listen, as a poorly paid but resplendently robed man strives to console us with scraps of ancient epistles and halting accounts, hopelessly compromised by words, of those intimations of divine joy that are like pain in that, their instant gone, the mind cannot remember or believe them; to witness the windows donated by departed patrons and the altar flowers arranged by withdrawn hands and the whole considered spectacle lustrous beneath its patina of inheritance; to pay, for all this, no more than we are moved to give—surely in all democracy there is nothing like it. Indeed, it is the most available democratic experience. We vote less than once a year. Only in church and at the polls are we actually given our supposed value, the soul-unit of one, with its noumenal arithmetic of equality: one equals one equals one."

The second scribbled note was, “Trumpet – Taps!” I had left a graveyard (this was in Chicago) where we had just buried a relative. He served in the air force during WWII. As such he was afforded a military funeral. There was an honor guard, the folding and presenting of the flag, and the gun salute. Then a man picked up a trumpet to play taps.

Now, I’ve been at such events when all that was available was a boom box, a man would break from formation, bend over like one of those “Lady working in her garden” cut outs that were so popular in the 90s while trying to find the button that said, “PLAY.” Later they installed a big red button on the side of the chapel that a lady would go up and punch like the “Emergency Stop” button in a machine shop and a recorded trumpeter would sound.

Well, here we were again at a cemetery. The man went and picked up his trumpet. I remember thinking it an odd looking instrument – something between a flugelhorn and a bugle. He fiddled with the bell in a very military and professional manner for a moment and then put the instrument to his lips. It sounded a bit off to me but I marked it up to being a rat 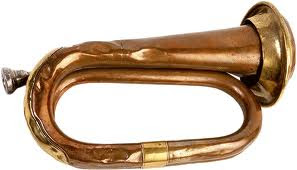 her unique instrument . The man did not seem to be breathing very deeply for someone playing a trumpet-like instrument. In fact, he was breathing IN as sound was coming OUT. And what was that odd mute in the bell of his instrument? That was no mute! It was a speaker!

I know I’ve written about this before but when do we get to the point when we say, “You know what? We don’t have the talent to do this for real so we will skip this part of the ceremony? (Let’s not restrict this playing taps but apply it even to the Mass.) Many people would argue that no one can tell the difference between a real organ or fake one, real bells or fake bells, an actual organist or a prerecorded one, electric candles or real ones, real masonry or plastic, etc. But how far is too far? If we are going artificial should we be bold about it and not try to play as if it were real? Should we at least be genuine in our artificiality? Did man every have this problem before?

And why does it bother me so – and not others?

I hate when they fake playing Taps at funerals, or even worse use the little box with the music. What's next? Will they start using Nerf guns for gun salutes?

How come the priestmobile doesn't come equipped with a convenient note pad? It sounds like an add-on you should consider.

It's good to hear that I'm not the only nerd that listens to NPR.

Interesting, Father.
On the trumpet...You are not alone in your feelings. They reflect the same feelings people often have when purchasing something "homemade" or "handmade." We instinctively sense that there is a greater good in Aunt Mary's from scratch apple pie than the one on the shelf at WalMart. Or the scarf knitted by a daughter vs. the box store bargain. It isn't that the WalMart item isn't actually real or wasn't actually made by a person (maybe it was, maybe it wasn't); the satisfaction comes in knowing that someone put personal effort and care into the work. The work actually has value in itself. The personal relationship has value. Even if we do not know the trumpeter personally, we know he is knowable; we see his face and his effort; we know he has a story; we have at least that most basic relationship with him.

All creative human work is only imitation of the perfect beauty of the Creator. How much less satisfying is the imitation of the imitation? Unfortunately, we are severely desensitized to this in our culture. If I spend several hours crafting a layette for a new baby in the family and Cousin Clare finds a similar set for a song on the Kmart clearance rack, my effort looks a bit insane. The relatives make obligatory nice remarks but interiorly wonder why someone would take the time when Cousin Clare's item exists. Isn't the baby just going to spit up on it anyway? Just like the canned trumpet music makes the musician look unnecessary and the effort a waste of time.

I don't think we have to get rid of all imitation effort (sometimes the case can be made for necessity) but the overuse does seem to dull us.

You ask: "Should we at least be genuine in our artificiality?" I think so. In the absence of a real trumpeter, just let the recording play. In other situations, perhaps we can just all enjoy the silence.

"The work actually has value in itself. The personal relationship has value. Even if we do not know the trumpeter personally, we know he is knowable; we see his face and his effort; we know he has a story; we have at least that most basic relationship with him."

Wow. That's going in my quote book to appear on Tuesday some day!

Karen - If I had any kind of brain I would either put a notebook in the car right now - or better yet - rip out the radio so that I am not tempted to write and drive at the same time.

Trevor - Admitting it is the first step toward healing. ;)

Fr.--
The fake bugle is a sad consequence of our Federal budget problems. These were distributed since there just aren't enough buglers to honor our deceased veterans, and the organizations like the DAV, American Legion, and AMVETS just can't render proper honors for everyone.
Not an excuse, just an explanation..
Chris Myers, PGK, PFN, FDD
Knights of Columbus
Clarksville, TN

I'm very rusty on philosophy, but didn't Plato write about "the forms" on earth as being representations of "the real" in heaven? Even back then, a quest for "the real" resonated with great thinkers.

You are in good company, Father.

Who needs a bugle? Here are the lyrics to Taps. We could print it out and those who dare, could sing it as a hymn, perhaps?

Day is done, gone the sun,
From the lake, from the hills, from the sky;
All is well, safely rest, God is nigh.

Fading light, dims the sight,
And a star gems the sky, gleaming bright.
From afar, drawing nigh, falls the night.

Thanks and praise, for our days,
'Neath the sun, 'neath the stars, neath the sky;
As we go, this we know, God is nigh.

Sun has set, shadows come,
Time has fled, Scouts must go to their beds
Always true to the promise that they made.

While the light fades from sight,
And the stars gleaming rays softly send,
To thy hands we our souls, Lord, commend.

lol, uh, we might substitute "we must go to our beds" for "Scouts"..