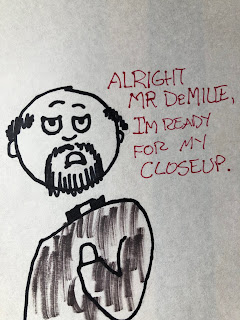 I commonly tell young men considering the priesthood but had undergraduate studies that appears to them not be much use to the priesthood that, "There is nothing you can learn that God won't find a way to use through you as a priest."  Most of you know that I studied theater (among other things) at the University of Akron - mostly back stage stuff - design, stage managing and such.  I only appeared on stage when people were desperate.  All those skills seem to be serving particularly well however during this time of having to do ministry in different and creative ways.  Just for Palm Sunday alone there was:

The script read through: 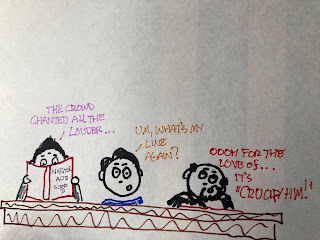 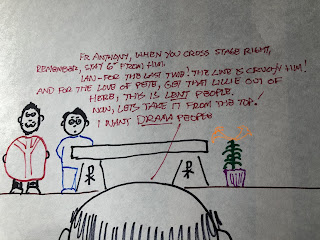 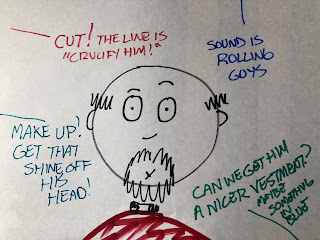 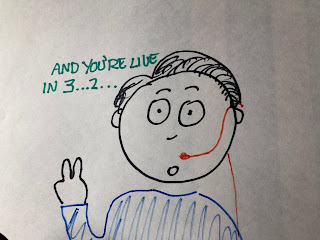 And then there is the dreaded waiting for the reviews to come in . . . 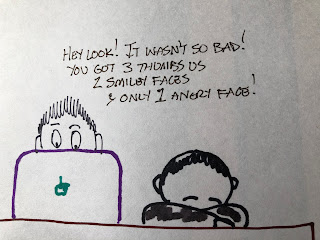 It was a beautiful Mass and you were great! Kim Miller

It absolutely was a beautiful Mass and wonderful homily. Thanks to all of you.

I love the caricatures of Ian Kelly, you, and Fr. Anthony!

You have no idea how encouraging it is for your parishioners (and others, like me) to see you, Fr. Anthony, and Mr. Kelly go to the trouble of broadcasting Mass and other devotions - and messages like this posting on your blog. It keeps people connected and joyful in a time of fear and loneliness. My own good pastor and vicar (Fr. C and Fr. F) are doing the very same for us. Maybe you don't think it's much, but it really is, and we appreciate it more than you know.

Keep up the good work, Father, and God bless all of you at St. Sebastian - Sue from St. B